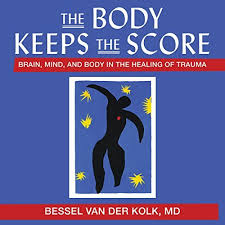 Dysregulation of the immune system is at the heart of much of chronic medical and psychiatric illness. Causal factors include overuse of antibiotics, pharmaceuticals, hormones, toxins, infections, the degraded food supply, life style and emotional stress, combined with genetic vulnerability. What is not sufficiently recognized or treated is the impact that repetitive overwhelming adverse childhood experiences have upon the health of the adult immune system.

Dr. Bessel Van Der Kolk has written an illuminating, moving, very readable book called The Body Keeps the Score, about the effects of trauma on the brain, mind and body. I especially appreciated his clear emphasis on the impact of developmental trauma in childhood, which correlates with my own clinical experience. Van der Kolk writes: ” Studies on the sequelae of childhood trauma in the context of caregiver abuse or neglect consistently demonstrate chronic and severe problems with emotional regulation, impulse control, attention and cognition, dissociation, interpersonal relationships, and self and relational schemas.”p 159

These childhood experiences translate into significant psychiatric illness in adulthood, often manifesting not only as depression and anxiety, but also resulting in auto immune conditions. Chronic stress during childhood is a powerful and often denied contributing factor to auto-immune illness.

Developmental trauma results not only from overwhelming experiences such as sexual abuse or domestic violence, but can be related to any repetitive interpersonal interactions which disrupt a child’s sense of safety and secure attachment.  When a child cannot turn to her caregiver for soothing or reassurance, or for reliable warmth and affection, she becomes an adult who does not know how to perform those functions, manage her emotional distress or care lovingly for herself. She may neglect herself, just as she was neglected, or be harsh or punitive with herself, modeling her relationship with herself on the way that she was treated. Many people who are mentally ill and addicted have histories of severe developmental trauma. This is also true for many patients with auto-immune conditions. They develop an immune system which is on high alert and over sensitive to threat, to the point of attacking their own cells.

Between 1995 and 1997 over 15,000 HMO patients in San Diego were enrolled in a retrospective study entitled The Adverse Childhood Experience (ACE) Study. It was published in 2009 in the Journal of Psychosomatic Medicine. It concluded,

“Childhood traumatic stress increased the likelihood of hospitalization with a diagnosed autoimmune disease decades into adulthood. These findings are consistent with recent biological studies on the impact of early life stress on subsequent inflammatory responses.”

One in ten responded “yes” to the question, “Did a parent or other adult in the house often or very often swear at you, insult you or put you down?”

As mentioned above, the participants in this study came from relatively privileged backgrounds. Can you imagine what happens to these statistics when you add poverty, discrimination and lack of education to the mix? I am certain that with the addition of these common psychosocial stressors, the incidence would be far higher. Child abuse is truly a public health epidemic, though it is rarely acknowledged as such. I am not suggesting that this is a new situation, but its devastating far reaching consequences, in terms of life long suffering, physical and mental illness, addiction, violence, criminality and imprisonment are indisputable.

It is now widely recognized that though the brain continues to mature throughout life, the vast majority of development occurs during childhood. Bruce Perry, MD, PhD of the American Academy of Experts in Traumatic Stress wrote in an article entitled How Childhood Trauma Affects Brain Development,

“By the age of three the brain has reached 90% of its adult size, while the body is still only about 18 % of adult size. By shaping the developing brain, experiences of childhood define the adult.” ” Simply stated, children reflect the world in which they are raised. If that world is characterized by threat, chaos, unpredictability, fear and trauma, the brain will reflect that by altering the development of the neural systems involved in the stress and fear response”.

When a child is threatened, various neurophysiological and neuroendocrine responses are initiated. These include the hypothalamic-pituitary-adrenal (HPA) axis.  Chronic activation may “wear out” parts of the body including the hippocampus, a key area involved in memory, cognition and arousal. Dr. Martin Teicher and colleagues have demonstrated hippocampal/limbic abnormalities in a sample of abused children.

Van der Kolk recommends a variety of treatment modalities, including EMDR, yoga and biofeedback, as well as a number of other approaches designed to help decrease physiologic arousal, and allow the patient once again to feel a sense of safety and goodness in the body and to rejoin the human family. This is a notable departure from contemporary conventional approaches which rely almost exclusively on pharmaceuticals and talk therapy.

His book convincingly explains why medications and talk therapy are often not enough to heal overwhelming experiences. Trauma is encoded in deep structures of the brain such as the amygdala, the body’s alarm system, which function autonomously and does not communicate with the neo cortex, the part of the brain responsible for language and insight. Thus an adult knows that their behavior and feelings make no rational sense, but they cannot change how they feel. They may feel unable to shake off a crushing sense of guilt and shame, as though they were responsible for the cruelty their young selves endured, though the rational part of themselves knows that no child should be mistreated.

Therapies targeting the body based self where the trauma is encoded are needed. Talk therapy, characterized by an intimate and trusting connection between patient and therapist, which allows a patient to feel affirmed, to truly feel seen and heard and to know themselves, is also extraordinarily useful, but often not enough in many cases of childhood trauma.

If you are suffering with an intractable auto-immune disorder, it would be important to acknowledge if you have a history of childhood trauma which could be undermining your healing process, so that you can avail yourself of effective and appropriate treatment. The usual Paleo Auto Immune Protocol approach: i.e. an organic whole foods, minimally processed, nutrient dense diet, with scrupulous elimination of foods which trigger an inflammatory response, thoughtful supplementation, careful choice of personal care products, avoidance of toxins, proper sleep and exercise might not be enough, if your body has been hijacked by the malignant lingering effects of childhood trauma. A body based treatment modality in addition to talk therapy may be what is additionally needed. It is also my conviction, and one that Dr. Van Der Kolk is careful to avoid, that spiritual practices can also be extremely helpful in restoring a sense of love, peace and hope to a life.

Here is a compelling 2013 interview of Dr. Van Der Kolk by Krista Tippet from On Being, one of my favorite radio shows, which give you a sense of the man and his work.