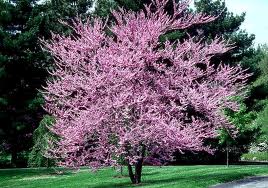 Tomorrow afternoon it will be a week since the bombing of the Boston Marathon on Monday April 15th. Friday April 20th was a warm windy day in Boston, sun mixed with skittering clouds, and we were ordered to stay in our houses with our doors locked. It felt surreal and painful, to witness through the windows, the lovely day pass from morning through late afternoon, and to be in lockdown because a nightmare was unfolding in our city.

In the early evening when we were released from captivity, my 15 year old daughter and I walked up to the town center with the dogs. She sobbed as we walked through the beauty of the Spring evening, expressing grief and horror for the victims, stunned by how their lives would be forever changed. How did that father feel who had run in the marathon, now that his young son had been killed, his little daughter had lost a limb and his wife was in a coma in the hospital? She wept for the younger of the two terrorist brothers, who at that time was still at large, his older brother dead, with everyone hunting him, and the unbearable weight of his bloody deeds on his hands. How frightened and alone he must feel. I mourned the attack on her innocence.

Shortly after many Bostonians assembled on the downtown grassy Common in triumph, joy and song after the younger brother was finally apprehended. I understand. The week had been deeply frightening and disempowering, not to mention that many had been trapped inside all day and needed to let off steam. Though relieved, I felt far from celebratory. It was all too tragic from A to Z.

Spring had burst on the scene suddenly while we were holed up in our houses. By Saturday many of the trees were in full bloom, and daffodils and hyacinths were springing up in the gardens. Boston at its most breathtakingly beautiful, as a backdrop to the mayhem, tragedy and horror of the past week.

Feelings of shock and grief evoked by 9/11 resurfaced this week, a sense of unreality and loss of bearings. In the aftermath of 9/11 I heard a piece on NPR about a ballet student who felt so reassured by returning to the barre, partaking of the ritual of the prescribed series of exercises. A sense of continuity after the disruption and trauma of the terrorist attacks. I had that same feeling at a yoga class on Saturday, where the familiar routine of moving and breathing on the mat soothed and comforted my soul. There was an immense gratitude for the wholeness of my body, of having all of my limbs, that my children were whole. At the same time we all were aware of the victims of the bombings who were legless and remained hospitalized, as we took pleasure in our postures.

Yesterday I went to the nearby Arsenal Mall in Watertown on an errand, the scene of the staging of the hunt for the suspects. All had returned to “normal”, where only the day before it had been cordoned off and there had been 100’s of law enforcement agents and equipment. Yet it did not feel normal. Something is changed when you live through this sort of trauma.

The marathon route runs a block from my Newton home. It’s an annual rite of Spring, a time of festive celebration, part of the seasonal fabric of our lives. The violence against the runners and the cheering crowds brought to mind the recent senseless and cruel murder of the children at Sandy Hook Elementary School. I heard one woman describe the bombing of the marathon as an attack on the human spirit. On the East Coast these days we seem to be lurching from crisis to crisis. Hurricane Sandy in late October, the Sandy Hook shootings on December 14th, and now this.

It is a spiritual challenge to maintain hope and resilience, and not to succumb to depression and anxiety in the face of all of these assaults to our sense of basic security and sanity. The many stories of the heroism that day and the increased sense of community and belonging in the aftermath inspire. Each of us must fight against the darkness and fear, and be a source of light, love and solace for each other.

A friend in California sent me this moving clip of a full moon rising. I want to share it with you as I found it so healing, reminding me of the wonder and miracle of life on our planet. Be sure to watch this on as large a screen as possible.

This is what the photographer wrote about his video:

“Full Moon Silhouettes is a real time video of the moon rising over the Mount Victoria Lookout in Wellington, New Zealand. People had gathered up there this night to get the best view possible of the moon rising. I captured the video from 2.1km away on the other side of the city. It’s something that I’ve been wanting to photograph for a long time now, and a lot of planning and failed attempts had taken place. Finally, during moon rise on the 28th January 2013, everything fell into place and I got my footage.”