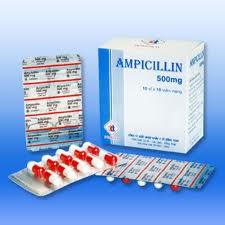 WBUR’s Common Health Blog reported on a new study by researchers at Boston University which suggests that antibiotics may cause damage at a cellular level to our own tissues. This is not the commonly discussed dilemma of bacteria developing resistance to antibiotics which renders them ineffective. It is also unrelated to the increasing recognition that antibiotics indiscriminately kill off “good” bacteria which perform vital functions, along with “bad” that cause disease.

James C Collins, the head of a bio-medical engineering team at BU, published an article in Science Translational Medicine, which suggested that “widely used antibiotics like ciprofloxacin and ampicillin can damage the cells’ fuel supply and cause oxidative stress, which has been linked to cancer, heart disease, Alzheimer’s and other ailments” The results to date are suggestive and not conclusive, but are compelling enough to warrant further investigation.

“When he and his colleagues exposed cells in a dish and then mice to these antibiotics over several weeks, they saw signs of serious cellular damage. The doses were similar to those given patients taking long-term therapy. The damage may explain why antibiotics have long been associated with side effects such as tendon, kidney and liver problems, says Collins.”

This research finding correlates with my clinical experience. A patient will often report that their descent into poor health began after a course of antibiotics to treat an infection. That is when the multiple diverse symptoms began; the digestive issues, fatigue, muscle aches, joint pain, and depression. My theory had been that the antibiotic had upset the balance of the intestinal microflora, resulting in a loss of integrity of the bowel wall and in inflammation of the body and the brain. But this study suggests an additional potential reason for symptoms of illness; our very cells are damaged by certain antibiotics.

The antibiotics that appear to be toxic in this way are the bactericidal antibiotics, those that kill bacteria, such as ampicillin and ciprofloxacin. This does not seem to be true of the bacteriostatic antibiotics, like tetracycline, which have a different mechanism to inhibit bacterial growth.

I recommend to all my patients that they increase their dose of probiotics and to be sure to include more fermented foods in their diet after a course of antibiotics. More importantly, it has become increasingly clear that antibiotics need to be used very cautiously and only when absolutely necessary, as the associated risks are high.