Hopelessness, helplessness, and fear are emotions that predispose to passivity and despair. In the face of pandemic exhaustion, bitter political polarization, and the alarming daily news of the collapse of the biosphere, it is small wonder that so many people feel not only deeply pessimistic about the future but are frankly depressed. But what if, as Sikh civil rights leader Valerie Kaur asked in her November 2016 prayer for America, “What if this is not the darkness of the tomb, but the darkness of the womb?”

This post is about a new documentary series, “Changing of the Gods” that give us good reasons to feel hopeful and reminds us that this is a threshold moment, that humanity is going through an initiatory process. It would not be an initiation if we knew in advance what the outcome would be. It is both a passage of grave danger and enormous opportunity. We could choose to continue on our current trajectory or radically course correct. We stand on the verge of a paradigmatic shift in consciousness that has the potential to create a whole new way of living on Earth. Each of us is being called to get involved in our own way and to fully offer ourselves to this endeavor. 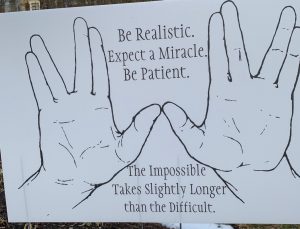 Astrology has grown exponentially in popularity today, and like yoga, frequently has in the process been commodified, trivialized, and divorced from its Sacred roots. Most people are only aware of personal astrology, which when done skillfully, has the capacity to offer profound insight into many aspects of an individual, including but not limited to, the body, mind, emotions and spirit, love and work, education. children, creativity, friendship and community, gifts as well as vulnerabilities.

Less familiar is astrology’s capacity to place world events into a larger framework related to celestial cycles, to describe the Zeitgeist, its potential to forecast the type of cosmic archetypal weather we are likely to experience collectively, socio-culturally, and politically. This type of astrology is called mundane astrology, and it has an enormous amount to offer in terms of helping us make sense of our world that is changing at a bewildering, disorienting, and ever-accelerating rate.

We have been preparing for these times all of our lives. We were born for this. Humanity stands at a crossroads. Life as we knew it has disappeared and a new world is in the process of being born. I wrote about some of the astrological correlates of this shift in a post entitled “Transformational Times: The Great Conjunction of Jupiter and Saturn on the Winter Solstice 2020”.

On February 22, 2022, a 10 part astrology documentary series directed by two inspired filmmakers,  Kenny Ausubel and Louie Schwartzberg entitled “Changing of the Gods” will be released. Each 30-45 minute episode will be available daily at no cost and subsequently can be purchased. You can register for the free series on the website. Kenny Ausubel’s and Louie Schwarzberg’s most recent previous collaboration was the heart-opening documentary Fantastic Fungi.

Ausubel and his wife Nina Simons are the founders of Bioneers, a visionary organization whose mission resonates with me: ”As the state of the world has plunged from urgency to emergency, we can move from breakdown to breakthrough. We can shift our course to re-imagine how to live on Earth in ways that honor the web of life, each other, and future generations. There’s as much cause for hope as for horror….As Bioneers has shown since 1990, the solutions are largely present, or we know what directions to head in…. Human creativity focused on problem-solving is eclipsing the mythology of despair.”

The “Changing of the Gods” maps the correlation between the alignments of the planets Pluto and Uranus and historical, socio-cultural events,  political movements, and revolutions of all sorts on Earth. It is based upon the work of the brilliant cultural historian, archetypal astrologer, and author Richard Tarnas, PhD and his 2006 book Cosmos and Psyche.

This series looks at the historical alignments between these planets and then compares them with the most recent square that occurred between 2007-2020. It explores the evidence that alignments between Pluto and Uranus correlate with historical cycles of revolutions that have transformed the world.

Episode 1: World Transits: As Above as Below

Episode 8: Liberating the Instincts: Sex Drugs and Rock and Roll

The “Changing of the Gods” will help you understand where we find ourselves today, put it into historical context and make sense of what we are witnessing and experiencing in these chaotic and confusing times. The documentary conveys an inspiring message, that the alignments of Pluto and Uranus correspond with sudden large-scale shifts in human consciousness, and as such, are providing a cosmic tailwind of support for us to envision and co-create the world that we wish to dream into being. At this critical time, each of us is invited to participate and make the unique soulful contribution that is ours alone to offer. Each of us needs to own our power as change-makers.

Here is a fascinating recent interview with Kenny Ausubel on the Astrology Podcast where he discusses the origin story, structure, philosophy and political lens of the documentary, and much more.