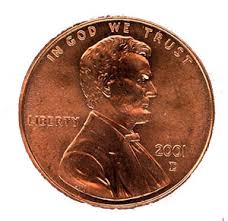 Dr. William Walsh’s research and teaching about nutrient therapy for the treatment of  psychiatric conditions changed the way that I practice. I now routinely order a few simple and inexpensive laboratory studies on almost everyone. The studies help me to identify biochemical imbalances commonly associated with psychiatric symptoms, which can be treated with protocols of nutrient therapy. Many patients can avoid starting prescription medication, reduce the dosage of existing medication or stop them entirely, by substituting the appropriate combination of supplements.

That being said, I would like to emphasize, that I do not believe that nutrient therapy alone is an appropriate approach to treating psychiatric conditions. In my opinion, it is a serious error to simply substitute nutrient therapy for psychopharmacology. A holistic approach which integrates appropriate diet (including identification of food sensitivities) and lifestyle, discussions about rest, relaxation and sleep, exercise, sunlight, matters of the heart, energy work, and attention to a person’s spiritual life and their relationship to the sacred is essential to healing.

I have written previously about methylation and pyroluria. This post will focus on copper toxicity, which is often found in people who feel distressed enough to consult with a psychiatrist. Copper overload has become increasingly common, due in part to the widespread use of oral contraceptives containing estrogen, our ubiquitous exposure to xeno-estrogens (chemical compounds that mimic estrogen found in plastics and petrochemicals) and growth hormones fed to animals, as well as copper fungicides, and widespread zinc deficiency secondary to malabsorption related to compromised gut health. (The relationship between copper, zinc and estrogen will be explained below.)

Here is a short list of psychiatric symptoms and traits associated with copper overload:

Other medical conditions associated with copper overload include:

The reason that copper is  linked with such a long and varied list of conditions is that it is absolutely essential to the proper functioning of the immune system, the endocrine system and the nervous system.

Copper is centrally involved in regulating the synthesis of neurotransmitters which mediate psychiatric symptoms. It is a co-factor in the chemical reaction which converts dopamine to norepinephrine.  When copper levels are high, more norepinephrine and epinephrine (adrenalin) are synthesized from dopamine, which can causes feelings of agitation, anxiety and panic, overstimulation, racing thoughts, restlessness and insomnia. In other words, it has an amphetamine like effect, revving the nervous system into a state of overdrive. Consider that Copper is often used in electrical wires because it conducts electricity well, and likewise increases nerve transmission, which is an electrical chemical process.

Copper is also central to cellular energy production, and thus many patients with Fibromyalgia and Chronic Fatigue, conditions related to mitochondrial dysfunction, have disorders of copper metabolism.

Copper overload is particularly common in women. Estrogen can cause copper retention and accumulation, which eventually can result in toxicity. Hormonal events such as menarche, pregnancy or menopause can trigger it. These days when a patient tells me about a history of post partum depression, severe PMS, dysmennorhea or adverse effects related to the prescription of oral contraceptives, I immediately suspect copper overload.

Copper promotes the formation of blood vessels (angiogenesis) and when copper levels are elevated, it can predispose an individual to endometriosis and fibroid tumors, as well as increase the blood supply to other types of tumors. Excess Copper can accumulate in the liver and impair its capacity for detoxification, which can result in chemical sensitivities.

Copper is carried in the blood by a specific protein called ceruloplasmin. Some patients have low levels of ceruloplasmin and thus have a large percentage of unbound copper in their blood. Unbound copper causes oxidative stress in the body. Oxidative stress is characterized by the presence of free radicals which interact with molecules in the body, damaging various cell components such as DNA, protein and lipids, and giving rise to various disease states, including autoimmune disorders, neurodegenerative disorders and cancers, to name a few.

There is commonly an inverse relationship between zinc and copper in the body. Often when a patient has elevated copper, the zinc level is low. Zinc is another mineral essential to cellular function, regulation of the immune system, wound healing and synthesis of neurotransmitters.  An important ingredient in the treatment of copper overload is supplementation with zinc. This must be done very slowly and carefully, because zinc mobilizes copper stores. During this process a person can initially feel even more anxious and symptomatic. Anti-oxidants are also used in the treatment of copper toxicity, as well as the elements molybdenum and manganese, and amino acids which promote Metallothionein production. Metallothionein is another protein which binds heavy metals in the blood, and which is important for regulation of zinc and copper metabolism. It’s important to find a trained practitioner to help you with this process. A good resource is the Practitioner’s Page of the Walsh Research Institute website.

Courtney Snyder, MD: Copper Overload, Too Much of a Good Thing

This is an informative YouTube video featuring Dr. Judith Bowman, an expert in nutrient therapy, about Copper Toxicity: