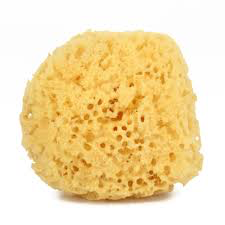 Patients with inflammatory illnesses such as auto-immune and neuro degenerative conditions, fibromyalgia, chronic fatigue and many psychiatric conditions see rheumatologists, dermatologists, neurologists and psychiatrists who do not ask the essential question, “Why does this person have this condition?”

The standard of care for neuro degenerative and autoimmune conditions is the prescription of very expensive and dangerous immune suppressant medications and sometimes chemotherapy drugs. For psychiatric conditions, the standard of care is psychotropic medications, which often have side effects resulting in tiredness, weight gain and low libido. Withdrawal syndromes are frequently experienced when an individual tries to stop taking them. Suppression of symptoms is the conventional approach, instead of investigating, identifying and treating the root cause of the illness. In many cases of chronic illness, organic toxins from the environment such as mold toxins and other organic chemicals are responsible.

Given the increasing toxicity of our environment, an individual who is genetically susceptible because of an impaired capacity to detoxify, will be vulnerable. When the accumulated organic toxins are removed from the body with binders or sequestrants (such as clay and charcoal), in combination with antioxidants and other supplements, a person will often heal.

Michael Gray, MD, MPH, CIME is a skilled and inspiring physician who practices internal medicine and clinical toxicology at The Progressive Healthcare Group in Benson, Arizona. He specializes in treating patients who have cumulative chemical hyper toxicity from mold or other toxic chemicals. He writes “Cumulative organic chemical hyper toxicity may effect more than 80,000,000 people in this country, and millions more throughout the world.  This epidemic is the direct result of the bad human decisions responsible for the continued, unnecessary, and still reversible, ongoing pollution of our planet, being driven by the greed exhibited by those who think falsely that they benefit from the status quo.”

Dr. Gray will be one of the presenters at the inaugural conference of ISEAI, The International Society for Environmentally Acquired Illness in Phoenix, Arizona in early May entitled, “Healing Complex Patients in a Toxic World” I will be attending and the program looks incredible. I am so excited about what I will learn!

Dr. Gray has produced an absolute treasure trove of clear and highly informative YouTube videos at his channel MY CYP450 which outline his protocols. Almost all of the items he recommends are available without a prescription. Sensitive patients will need to start at low doses and incrementally work their way up to the recommended full amount.

In his YouTube video entitled  “The Role of Vitamins, Nutrients, Supplements when living with an Autoimmune or Chronic Illness,” he notes the importance of a taking a variety of nutrients in addition to the binders.  He outlines his protocols in his YouTube videos, including dosages. He notes that Consumer Reports has found that the COSTCO brand of supplements offer the highest quality available of all brands tested. He cautions against the use of herbal products from China, many of which contain high levels of arsenic.

In a dramatic YouTube video entitled “Psoriasis and Alopecia” he described a 62 year old woman who was suicidal due to feeling exhausted by the relentless misery of living with a severe auto immune inflammatory skin condition, psoriasis. She had been afflicted with it since age 20. Her body was covered with scaly red lesions that were extremely painful. She took clay once a day for three years with no effect, but when she upped the dosage to twice a day, her lesions disappeared entirely in three weeks. Dr. Gray emphasizes the importance of twice daily dosing with the binders. She also had alopecia, an auto-immune condition affecting the hair follicles causing hair loss, which also entirely resolved in few months with Dr. Gray’s protocol.

I encourage you to look at all of them on Dr. Gray’s YouTube channel My CYP450.

Here is the video where he describes the case of the woman with psoriasis and alopecia: