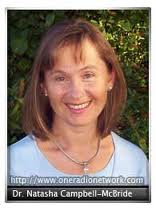 Last weekend I attended a GAPS Practitioner Certification workshop outside of New York City with 40 other health care providers. There were naturopaths, osteopaths, nutritionists, occupational therapists, homeopaths, a holistic nurse, a woman in preventative dentistry, chiropracters, acupuncturists,  in short, alternative health care practitioners of every stripe. Only four of us were physicians, two neurologists, one pediatrician and me. It was the most exciting conference that I have been to in years. Maybe ever.

Since late September Dr. Natasha Campbell-McBride,  a Russian born neurologist and nutritionist, has been traveling around the United States with her fiercely protective English husband, Peter, who manages the business aspect of her work. She has been teaching workshops in Seattle, Chicago, and New York. The next one will be in Dallas following The Weston Price Wise Traditions Conference in November. The purpose of these workshops is to train people in her GAPS (Gut and Psychology Syndrome) Healing Nutritional Protocol, to carry her work out into the world.

Dr. Campbell-McBride has a clinic in Cambridge, England where she sees and helps thousands of patients who come to her from all over the globe.  The demand for the treatment modality that she has developed is overwhelming and rising, and she now feels that she cannot do it alone. Early next year she plans to train practitioners in Australia. Though Dr. Campbell-McBride describes the GAPS nutritional protocol as essentially a self-help program, she believes that there are large numbers of GAPS people who need help and guidance from a qualified health care practitioner who is GAPS trained.

Dr. Campbell-McBride is a warm, down to earth open woman, with a charming accent, who has immense knowledge about the body, healing, food, conventional medicine, and folk medicine traditions.  The breadth and depth of her wisdom, understanding and experience of illness and health throughout the life span is totally impressive and amazing. It is obvious that she is a consummate clinician.

With the method that she developed originally to help her autistic son, she has treated a vast range of conditions; psychiatric, neurological, and auto-immune. (She does not treat cancer.) Conditions as seemingly diverse as ulcerative colitis, autism, endocrine and rheumatological conditions,  ADHD, bipolar disorder, epilepsy, eczema, eating disorders, osteoporosis, chronic fatigue, multiple sclerosis, PMS, infertility, to name just a few, respond to her method.  Fundamentally all of these conditions link back to the same etiology, gut dysbiosis, which affects a patient’s nutritional status and immunity. She believes that many conditions that are designated “genetic” are not genetic at all, but rather a function of  the imbalanced gut flora, which has been passed down from parents to baby. The baby has the same microflora and thus the same symptoms as his parents. She is working on a new book with the same GAPS acronym, which stands for  The Gut and Physiology Syndrome, which addresses conditions with symptoms that are not primarily psychological, but equally due to dysbiosis.

So much of what she had to say flew in the face of conventionally accepted medical practice. Her recommendations are not based upon double blind placebo controlled studies, but rather upon her vast clinical experience. She knows what works and heals. Patients recognize that what she has to offer is effective, and she is simply inundated with referrals. GAPS patients are frequently people who have been told that there was nothing that could be done for them. All that could be offered were drugs that caused major adverse side effects to palliate their symptoms, or recommendations for drastic surgical interventions.  They arrive at Dr. Campbell-McBride’s clinic as a last resort, and the relief is enormous when they finally get the help they desperately need for themselves and their children.

Dr. Campbell-McBride does not prescribe toxic pharmaceuticals or recommend invasive procedures. The approach is refreshingly low tech and natural. Her method does not aim to suppress and palliate symptoms, but rather goes to the common heart of myriad conditions.  The goal is to restore health and balance to the body  through intelligent nutrition with a whole foods diet high in healing animal fats. She recommends the avoidance of all grains and sugars, permitting only carbohydrates that are metabolized to monosacharrides and thus do not  feed the harmful microflora, the avoidance of all processed and refined foods, and natural targeted supplementation and repopulation of the gut flora with therapeutic strength probiotics and fermented foods. Also key are a variety of natural detoxification measures such as juicing, baths, enemas and sunbathing,  which are so necessary in our very toxic modern world. She recommends the avoidance of all conventional personal care and house cleaning products. For autistic children she considers it essential to initiate the ABA educational method as soon as possible. She recommends finding an ABA consultant through CARD (The Center for Autism and Related Disorders) an organization in San Diego.

I imagine that many of my future blog posts will be based upon the pearls of clinical wisdom that she imparted to us during the workshop. The material was fascinating and  highly practical.  Each of us was provided with a thick practitioners manual with additional information not found in her book, The Gut and Psychology Syndrome. By the end of the month there will be a forum on her website for practitioners to talk to one another, to ask questions and report experiences. Support and sharing with other practitioners employing the same healing protocol will be crucial. There will a list on her website of the 120 newly Certified GAPS Practitioners in the United States.

At the end of the workshop, she gestured to us with a sunny smile on her face and lightheartedly said ” You are my army”.

I have never fancied myself a soldier. It does not fit my self concept at all, but it felt different coming from her. Probably part of my conviction has to do with the fact that I myself have suffered with digestive issues for all of my 55 years.  I have sought many treatments, both conventional and alternative. None of them ever helped me, before I began the GAPS treatment protocol 6 months ago. Many psychiatric and medical illnesses plagued multiple members of my family, most of whom are now dead. The dysbiosis hypothesis is like a rosetta stone, which unlocks the mystery of  how their diverse and myriad debilitating conditions all had a common etiology.

So far I have used the GAPS approach with only 5 or 6 patients in my practice, but all with good result. Several have been able to come off their psychotropic medications. These patients have all been adults with mood and anxiety disorders. Not many patients in my current practice have been willing to make the radical life style changes required by the GAPS protocol. I imagine that in time, patients will come to me specifically for my GAPS expertise.

When I was at Earlham College in the mid 70’s I studied the philosophy of science. I was very impressed with a book about the history of scientific revolutions. The author described scientific theory as a suitcase that was intended to be filled with data, and needed to be able to accommodate all of it. If information was discovered that did not fit the theory, data would be hanging out of it and eventually the suitcase would no longer close properly. A new more capacious theory would need to be invented. Dr. Campbell-McBride’s theory is a very big elegant suitcase, and I am repeatedly awed by how much it accommodates.

Dr. Campbell-McBride struck me as a modest woman. There was nothing in her demeanor that suggested grandiosity, that this was for the greater glory of Natasha. It was clear to me that her mission was about transmitting the remarkable gift of her methodology to those in need.

She belongs to that group of inspiring passionate people like Steve Jobs, Al Gore or Jimmy Moore. (Oprah would be on that list, but I am very disappointed in her destructive promotion of Mehmet Oz) Courageous mavericks who make their voices heard, and who use their gifts and abilities to make our troubled world a better place.

Here is something I love. Its the text and the video from the THINK DIFFERENT advertisement campaign for Apple Computers in 1997.

“Here’s to the crazy ones. The misfits. The rebels. The troublemakers. The round pegs in square holes. The ones who see things differently. They’re not fond of rules. And they have no respect for the status quo. You can quote them, disagree with them, glorify or vilify them. About the only thing you can’t do is ignore them, Because they change things. They push the human race forward. And while some may see them as the crazy ones, we see genius. Because the people who are crazy enough to think that they can change the world, are the ones who do.”

Here is the video.