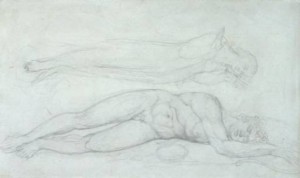 A very very dear old friend of mine is dying from pancreatic cancer. She has struggled courageously, and availed herself of all treatments, both conventional and alternative.  Fifty percent of patients with pancreatic cancer are dead within six months of diagnosis, the one year survival rate is twenty percent, and the five year survival, four percent. My friend is almost at the 5 year mark since her diagnosis. It has been an inspiring privilege to witness her journey and the grace with which she has handled it all, as well as heartbreaking to see her suffer. Despite the fact that she lives on the west coast, we saw each other regularly and she has been a true friend to me, in sickness and in health; totally there, supportive and accepting. Her condition has never been far from my mind since her diagnosis, and now particularly, as she will not live much longer. She is tired and in pain, and I think, ready to go.

I was astonished this Sunday to see the piece in the New York Times Magazine section about the therapeutic use of hallucinogenic drugs to ease fear of dying in terminal patients, as it was so apropos to what has been preoccupying me. I wanted to write about it, as dying and death are very much on my mind, and I think that the potential benefit to dying patients is huge, and the public should be aware of this treatment and it should be readily available.

Dr. Charles Grob, a psychiatrist and researcher at Harbor UCLA Medical Center has been administering psilocybin, the psychoactive component of magic mushrooms, to dying cancer patients to see if he could reduce the fear of death. His research showed that the administration of the drug could be done safely, and that it  greatly improved the quality of the patients’ lives, as they felt much less anxious and depressed about their impending death. The drugs caused the patients to have access to transcendent experiences which resulted in sustained perceptions like “Death is never just an ending, but part of a process.” and “My death does not end my personal existence.” After transcendent experiences, people have much less fear of death. One patient who was part of the study stated,

“I now have the distinct sense that there’s so much more,”  “so many different states of being. I have the sense that death is not the end but just part of a process, a way of moving into a different sphere, a different way of being.”

“Researchers acknowledge that it’s not clear how psilocybin reduces a person’s anxiety about mortality, not simply during the trip but for weeks and months following. “It’s a bit of a mystery,” Grob says. “I don’t really have altogether a definitive answer as to why the drug eases the fear of death, but we do know that from time immemorial individuals who have transformative spiritual experiences come to a very different view of themselves and the world around them and thus are able to handle their own deaths differently.”

“On psychedelics,” Halpern says, “you have an experience in which you feel there is something you are a part of, something else is out there that’s bigger than you, that there is a dazzling unity you belong to, that love is possible and all these realizations are imbued with deep meaning. I’m telling you that you’re not going to forget that six months from now. The experience gives you, just when you’re on the edge of death, hope for something more.”

The following quote describes one couple’s experience who was part of Grob’s research. Norbert Litzinger was the husband of Pam Sakuda who was dying from metastatic colon cancer:

“Norbert Litzinger remembers picking up his wife from the medical center after her first session and seeing that this deeply distressed woman was now “glowing from the inside out.” Before Pam Sakuda died, she described her psilocybin experience on video: “I felt this lump of emotions welling up . . . almost like an entity,” Sakuda said, as she spoke straight into the camera. “I started to cry. . . . Everything was concentrated and came welling up and then . . . it started to dissipate, and I started to look at it differently. . . . I began to realize that all of this negative fear and guilt was such a hindrance . . . to making the most of and enjoying the healthy time that I’m having.” Sakuda went on to explain that, under the influence of the psilocybin, she came to a very visceral understanding that there was a present, a now, and that it was hers to have.”

“The researchers found that the states of “unrestrained consciousness” that accompany the ingestion of psilocybin are associated with a deactivation of regions of the brain that integrate our senses and our perception of self. In depressed people, Nutt explains, one of those regions, the anterior cingulate cortex, is overactive, and psilocybin may work to shut it down”.

Its interesting to speculate what this means in terms of other psychiatric conditions. I could imagine that states in which the sense of self as separate is accentuated, could cause anxiety and feelings of alienation and depression.

I wish that this treatment  would be readily accessible to my friend to ease her passage. Given the greatly improved quality of life experienced by the patients in the study,  it would make sense for it to be part of a regularly available protocol for end of life medical care.