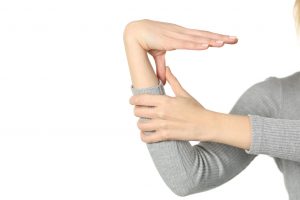 The Ehlers-Danlos Syndromes (EDS) refer to a collection of genetic disorders which weaken and undermine the normal structure and function of collagen, a protein produced by the body that is an essential component of skin, cartilage, bones, tendons, ligaments, blood and lymphatic vessels and connective tissues. Since these tissues are found all over the body, every organ system can be affected, and therefore the presentation and symptoms of this illness can be extremely varied.

Pain and fatigue, however, are experienced almost universally by patients with EDS. Many of these patients also have mast cell activation and mold toxicity, and thus suffer from the wide array of psychiatric symptoms such as depression, anxiety, phobias, insomnia, attentional issues and brain fog that are associated with these diagnoses. It is therefore very common for EDS patients to seek help from a psychiatrist. Unfortunately, the vast majority of psychiatrists do not recognize this disorder. This is actually not only true for psychiatrists, but for other types of medical professionals as well. Physicians may have a vague memory of learning about EDS years ago in medical school but remember only that it is a genetic disorder with hypermobility.

EDS is actually so very common in my practice, that in the intake paperwork that I send to patients prior to our initial meeting, I also include a checklist of symptoms related to connective tissue abnormalities.  It can be an enormous relief when I raise the possibility of this diagnosis as an explanation for the collection of strange and mysterious symptoms which have plagued them. Their symptoms are potentially related to a single cause, namely an abnormality of the connective tissue. These patients often have histories of extensive contact with the medical system over the course of their entire lifetimes, as they have a history of chronic illness. Sometimes they have been told that they have chronic fatigue, or fibromyalgia, both of which are vague wastebasket diagnoses that really are only descriptive, meaning that they are exhausted (chronic fatigue), or that they have pain all over their body.  (fibromyalgia).

Just as autism is a spectrum disorder, meaning there are some children who are severely afflicted, who are non-verbal and prone to engagement in repetitive self-stimulating behaviors, there are others on the autism spectrum who are only mildly afflicted. These children may simply demonstrate a lack of interest or capacity in interpersonal relationships or have an encyclopedic knowledge of and fascination with a particular subject, for example, trains or the weather.

Clinically, EDS is also a spectrum disorder. Many of the patients I see do not have the full-blown dramatic syndrome with identifiable genetics, but they are still suffering from many of the symptoms that are related to an abnormality of their collagen and connective tissue. They may have extreme hypermobility in some of their joints, such as the capacity to bend their thumb backward and touch their wrist or to touch their hands flat to the floor with their knees straight or hyperextend their elbows. Some may bruise easily, suffer from chronic constipation, dizziness and elevated heart rate when they rise from sitting to standing (postural orthostatic hypotension or POTS), but they are not necessarily constantly dislocating joints and injuring themselves. They also do not have a history of prolapsed or ruptured organs and vessels, nor do they have eye or dental problems. This milder type is technically called Hyper Mobile Spectrum Disorder, rather than Hyper Mobile EDS.

There are thirteen different inherited subtypes of EDS that have been identified. The two known genetic modes of inheritance are autosomal dominant and autosomal recessive. All of the types can have joint hypermobility (joints that move further than normal), subluxations and deformity of joints, frequent injuries, scoliosis, skin hyperelasticity (skin that stretches more than normal), velvety skin, poor wound healing, abnormal scarring, and tissue weakness that can lead to hernias and prolapses of organs, eye disease, gum and dental disease, cardiovascular disease and life-threatening ruptures of vessels and organs. Often there are digestive symptoms such as constipation due to abnormal peristalsis, nausea, vomiting, difficulty swallowing reflux, bloating, and food intolerances. Autonomic instability is a common feature characterized by disturbances in heart rate, blood pressure, and temperature regulation.

The Tragic Consequence of Misdiagnosis

When a patient who is suffering from EDS sees an internist, pediatrician or family practice doctor, they are likely to run many tests and do many laboratory studies, all of which do not show anything treatable. There is indeed an underlying organic cause of the constellation of mysterious symptoms, i.e. the abnormal structure and function of collagen, but since this is not recognized, it cannot be addressed.

When the patient’s distressing symptoms are not alleviated,  and they are not getting any answers or effective treatment, they may become more insistent about something being very wrong, which can lead to a serious conflict between the patient and the clinician. Eventually, the frustrated clinician will often refer them to a psychiatrist or other mental health professional for counseling. They may be given a diagnosis of Conversion Disorder, defined as a psychological condition in which a person has blindness, paralysis, or other neurological symptoms that cannot be explained by medical evaluation. The traditional psychoanalytic understanding of conversion disorder is that it is a physical manifestation of unresolved conflict due to unbearable or unacceptable thoughts or feelings. This is obviously very invalidating and psychologically damaging for the patient and denies the fact that their symptoms are a direct result of an organic problem.

It is even more tragic when the patient is a child, and the parent desperately tries to find an answer or solution to their child’s many medical symptoms by seeking consultation with one doctor after another. This parent eventually runs the risk of being diagnosed with Factitious Disorder, formerly called  Munchausen’s Disorder by Proxy. This diagnosis is understood as a form of child abuse, where the needy attention-seeking caretaker (usually the mother) either makes up fictitious symptoms or literally causes real symptoms in order to make it look like the child is sick. Her motivation is thought to be due to the secondary gain, i.e. the perceived external advantages or benefits that may be derived as a result of having symptoms. This is akin to other historically outrageous formulations, such as the former psychoanalytic misunderstanding of autism as being due to having a “refrigerator mother”. The autistic child’s abnormal development was understood as a result of maternal coldness and lack of caring, rather than a poorly understood organic brain disorder, which is due at least in part to a lack of capacity to detoxify an overload of toxins, and has absolutely nothing to do with the quality of parent-child relating.

Not only is this type of misdiagnosis a sin of commission, in that it directly causes psychological damage, but it also results in sins of omission. The symptoms of EDS can be treated supportively with physical interventions if properly diagnosed.

Dysautonomia, in particular, is often misdiagnosed as a psychiatric disorder because it can present symptomatically as anxiety, panic, attention deficit disorder, and hypomania. Autonomic dysfunction results from a depletion of energy reserves due to chronic sympathetic nervous system overdrive. These patients often have very poor sleep quality due to chronic pain, which then leads to day time fatigue, exhaustion, and poor stress resilience. This depletion puts them into survival mode and further activates their sympathetic nervous system resulting in a state of chronic fight or flight.

Chronic hyperarousal can create the appearance of a Generalized Anxiety Disorder, or if they have surges of adrenaline due to autonomic dysfunction, they can appear to be having a panic attack. This state of sympathetic hyperarousal can manifest as restlessness or hyperactivity, which can be mistaken for Attention Deficit Hyperactivity Disorder. Sometimes their ability to power through and to continue to function on very little sleep is mistaken for hypomania. Since they are so tired, they often make mistakes, misplace things and have trouble concentrating, and thus look like they are suffering from Attention Deficit Disorder.

Psychiatric diagnoses are generally diagnoses of exclusion, meaning that the condition does not qualify if it is a consequence of an underlying medical problem. If a patient is sleeping poorly due to chronic pain as a result of EDS, and thus they are exhausted and consequently their cognition is impaired, it is inappropriate to diagnose Attention Deficit Disorder. If they did have a good night’s sleep, they would not be forgetful or have trouble concentrating. When they are referred to a psychiatrist, due to the ignorance of the actual underlying medical cause of their condition, they are routinely prescribed psychiatric medication. This can sometimes be helpful, but more often, it will either do nothing or make their symptoms worse. In addition, dysautonomia does respond to appropriate treatment, which consists of efforts to improve sleep quality, control chronic pain, provide adequate salt and fluid intake, avoid hypoglycemia, effectively manage stress, and get adequate rest. Without identifying the underlying cause, appropriate treatment will not be offered.

If EDS is suspected, genetic testing can be done. There is no cure for EDS, but the symptoms can be addressed and appropriately supported. It can be very helpful and relieving for patients to have a framework for understanding their condition. Unfortunately, due to the EDS illiteracy of most medical professionals, a patient suffering from EDS often goes undiagnosed, and therefore appropriate treatment is not offered.

There are many wonderful on-line resources where patients with EDS can learn and exchange information with one another. A great resource is the Ehlers-Danlos Society website, which has a FaceBook group, a Helpline, a YouTube channel, and webinars. It also has a list of practitioners who are EDS literate.

An excellent new book on the subject is called Disjointed edited by Diana Jovin, which is a collection of chapters on various aspects of EDS written by different authors.

Here is an accessible and informative video that discusses EDS as an under-recognized syndrome.