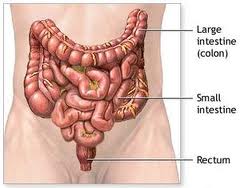 Today I am going to write about a topic that fascinates me, faecal transplant. It first attracted my attention when I heard an interview on NPR’s Fresh Air with Dr. Jeffrey Gordon, a professor at Washington University in St Louis, who is engaged in a project to catalogue the human biome, the microbial communities that live in or on a human body. These microorganisms consist not only of bacteria, but viruses, protozoa, parasites and worms. At this point relatively little is known about the vast variety of these microflora, about the function and role that they play in disease states and in health.

There are 10 times more microbial cells in the body than human cells. This means that we are ten percent human cells and 90 percent microbial, and there are an estimated 100 times more microbial genes than human genes in the human body. Given these numbers, it makes sense to ask, “Who is running the show here?” We often think of disease states when we think about bacteria and other microbes, but actually these microflora perform vital protective functions, which are essential to the preservation of our health, digestion and immunity. The vast majority of these microorganisms are located in our gut.

Dr. Natasha Campbell McBride’s theory behind the GAPS (Gut and Psychology Syndrome) healing protocol, is based upon the notion that deficient quantities of protective microflora in proportion to harmful species of microflora in the gut, result in a disruption of the integrity of the bowel wall. A damaged bowel allows microorganisms, toxins and food particles to leak into the body causing inflammation in the body and the brain, which cause many psychiatric, auto-immune, and intestinal maladies.  The aim of her treatment protocol is to restore the predominance of healthy flora through diet, detoxification and targeted supplementation. This is a process which requires a great deal of time and commitment in order to implement it successfully and effect a cure.

In contrast to the time and commitment it takes to heal via the GAPS diet, there has been remarkable immediate results with transplantation of feces via enema from a healthy individual to a person suffering from various disease states. The enema introduces healthy microflora into the bowel, most commonly via an enema consisting of saline mixed with stool from a healthy donor. What has been most thoroughly studied is the 95% immediate cure in patients infected with antibiotic resistant strains of Clostridium difficile, a bacteria, which in some individuals causes chronic debilitating severe diarrhea, and which can be lethal.

There have also been reports of cures for some cases of ulcerative colitis, chronic constipation, Parkinson’s disease and various auto-immune conditions such as Multiple Sclerosis, Rheumatoid Arthritis, Diabetes Type 1 and Chronic Fatigue with faecal transplant. Some chronic fatigue patients regain their energy and mental clarity dramatically.

A procedure based on similar principles has been used in veterinary medicine on animals for centuries. Livestock farmers treat indigestion following a change in diet in grazing animals, such as cows, by feeding rumen fluid that has been sucked out of a healthy cow’s stomach to the sick animal.

One of the most fascinating potential uses of faecal transplant is in the treatment of obesity. It has been shown that the gut flora of obese and lean individuals is markedly different. Microflora of obese individuals release nutrients in food that remain undigested in lean individuals. Lean mice who receive transplanted feces from obese mice, cause the lean mice to put on weight!

Tonight when I mentioned to my teenage children what I was writing about, they all deemed it disgusting and did not want to hear about it. I don’t think its gross. We do marrow transplants for people who cannot produce blood cells, we do heart and liver transplants, why not transplants of microorganisms for those of us with deficient or pathologic indigenous gut flora?

The procedure is apparently still in the experimental stage, and there is caution and concern about introducing disease from one individual to another. Right now it is only being done routinely to treat antibiotic resistant Clostridium Difficile. I would be interested in trying it myself to treat my chronic constipation, if it became readily available. GAPS is working for me, better than anything has in the past, but it is a very slow incremental process. This procedure has the potential for immediate vast improvement. That sounds very good. It is minimally invasive, relatively inexpensive, and intuitively makes enormous sense. I believe it holds huge promise, and that we are going to be hearing much more about it in the future.