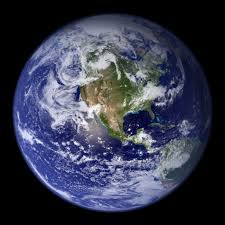 An old Danish proverb warns, “Its difficult to prophesy, especially about the future”.

And yet, it is hard not to feel despairing in the face of daily alarming reports of the rapidly accelerating unfolding disaster of climate change on our planet; rising temperatures and sea levels, increased frequency and intensity of extreme weather events, the massive extinction of species, the death of the coral reefs, destruction of the rain forests, the refugee crisis, and the devastating health consequences of the increasing toxicity of our environment. This is to name just a few of the heartbreaking realities with which we are regularly confronted.

It is for this this reason, that what I love best about sacred activist Terry Patten‘s visionary book, “A New Republic of the Heart: An Ethos for Revolutionaries,  is his discussion of the concept “Emergence”. “Emergence” in the context of evolution is the appearance of a situation defined by entirely new properties, such as mind and consciousness appearing at certain critical points, usually because of an unpredictable rearrangement of the already existing entities. It involves the appearance of new characters and qualities at complex levels of organization which cannot be predicted solely from the study of less complex levels.

In other words, we cannot predict what is going to happen on the basis of the past or accurately calculate the whole through consideration of the sum of its parts. This is actually a very hopeful idea, because without the concept of Emergence, our current practices predict a trajectory which leads to the inevitable collapse of civilization and a planet that will not be habitable for future generations. 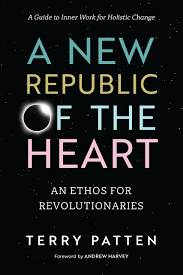 “It may be that the human species is now entering a period of such rapid new adaptation that we will undergo an evolutionary leap. These necessary changes will be psychological, cultural, social, technological, political, and even physical. The leap may take place most deeply in human consciousness itself- a leap in what it means to be a human being. The oncoming storm of global and personal disturbances will require dramatically different new choices and behaviors-in fact, whole new ways of being.

Sudden, dramatic evolutionary progress is thought to take place under conditions of extreme evolutionary tension. although ordinary levels of evolutionary tension manifest slow, gradual, shifts, intense pressure requires rapid and radical emergence. Where a species might have thrived nearly unchanged in its old ecosystem for tens of thousands of generations, it must now change drastically-in relatively few generations- to survive and to thrive.

Many scientists and scholars agree that we are entering one of these “punctuated” eras of rapid change-and we must rapidly readapt, or disappear. In other words, it’s game time on the planet-now! We will either evolve-quickly- or perish.” (pp 98-99 A New Republic of the Heart)

The years ahead promise to be ones of massive upheaval and continued logarithmic rates of change. Astrologically we find ourselves at the end of several very long cycles. We are at a time of endings and new beginnings on the planet. Last month the north node of the moon shifted into  Cancer, the archetype associated with the Great Mother, where it will be for the next 2.5 years. The nodes of the moon characterize the flavor of the zeitgeist for the collective. The North Node in Cancer counsels us that the upcoming tsunami of change can be ridden most skillfully and gracefully by cultivating the qualities of  The Great Mother. A good mother cares for the future of the children.

Cancer is the zodiac sign associated with home and family. Family should not be interpreted narrowly as referring only to blood relatives, but also to elective kinship groups. It will be vital in the coming years to increase our capacity to work collaboratively with others. This is not an auspicious time to be a rugged individualist, a lone ranger. That will not work.

We are now being called upon to inspire and lift each other up, to enlarge our scope of concern beyond our own personal issues and individual life time. Cancer is the sign associated with the breasts and the stomach, with feeding and nurturing, with emotion and sensitivity. We are being called to CARE for each other and for the future of our planet, and to recognize our essential oneness with each other and all beings on Earth.

The star chart for New Years Day features Mars on the Aries Point. The Aries point is the very first of the 360 degrees of the zodiac. It signifies a new beginning and emphasizes that it is truly Game Time on the planet. Mars on the Aries point lends support for our individual contributions to have an extra powerful impact upon the collective. Mars is located in close proximity to the asteroids Chiron and Hygiea, which are in the final degrees of the last sign of the zodiac, Pisces. This indicates that now is a time when there will be cosmic support for the healing of very old wounds.

It is recommended in these coming challenging times to gather with others in person, to cultivate friendships and meaningful community, to fully devote yourself in service to planetary healing and transformation, each in your own unique way but in collaboration with others.  In this way, we may participate in the emergence of the Miracle that will allow future generations to survive and thrive on the planet, or if that is not to be, we will nobly participate in  what Patten described as a “hospice project” for our beloved planet.

Blessings to all my readers for 2019. Be shining sources of light and love in your communities. Our future depends upon each of us.

Here is an uplifting interview with Terry Patten.

Listen to an Interview with Dr. Tsafrir

This is a conversation with Leann Vogel on the Keto Diet Podcast about my integrative approach to cultivating holistic health. We discuss gut health, Dr. Walsh’s nutrient therapy, the effect of adverse childhood experience on the immune system, and the importance of a spiritual practice for healing the immune system and cultivating optimal health and well-being.