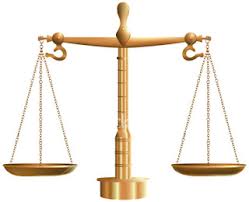 The Autumnal Equinox will occur on Tuesday, September 22, 2014 at 10:29 PM EST. The equinox is a point of balance during the year, when the number of hours of darkness and day light are exactly equal. It signals the beginning of Fall, and is synonymous with the entry of the Sun into Libra, a sign which is devoted to consideration and inclusion of a variety of different perspectives.

There are many foods that are included in the GAPS Healing Protocol, but which are on the short list of top allergenic foods. Dairy, nuts and eggs are all GAPS legal, but when I eat them, I feel terribly anxious and depressed and sleep poorly.  Dr. Natasha is understandably loathe to unnecessarily eliminate healthful foods from the diet, but in my experience, following the GAPS Healing Protocol without implementing an elimination diet like the Paleo Auto Immune Protocol, often results in a delay in healing. I could scrupulously follow the GAPS Healing Protocol, consuming a nutrient dense organic whole foods diet, rich in healthful fats and quality protein, fermented foods and bone broths, probiotics and fish oil, take nightly baths with Epsom salts to detoxify, and get plenty of fresh air and sunshine, but if I continued to consume nuts, dairy and egg whites, I would persist in feeling like a total wreck.

I love to listen to podcasts, and today discovered a new one that I really enjoyed. It’s called Phoenix Helix, and is the creation of blogger Eileen Laird, a woman who has essentially healed herself of crippling Rheumatoid Arthritis through following the Paleo Autoimmune Protocol. The first episode of her new podcast about healing auto-immune conditions, features her own story, as well as interviews with four other people with auto-immune disorders, who describe how they cured themselves of truly devastating conditions through dietary and life style changes. All of them endured ineffective, as well as in some instances, damaging treatment with conventional medicine, as clueless doctors prescribed myriad pharmaceuticals, immunosupressants and surgery.  These interventions did not heal the underlying cause of their illnesses, which in each case was an auto-immune response to the foods that they were eating. When the offending food items were avoided, healing began very quickly.

I see the same thing frequently in my office. Depression and anxiety are often part of an auto-immune response to allergenic foods. Patients come to see me on multiple medications; anti-depressants, anti-anxiety agents, stimulants, mood stabilizers, and anti-psychotics, which often become unnecessary when they stop eating the foods that are making them ill.

One of my patients had Hidroadenitis Supperativa, a very miserable skin condition, characterized by recurrent painful boils erupting in the groin and axilla. Over the years she saw numerous dermatologists, who in addition to admonishing her to keep herself cleaner, prescribed one course of antibiotics after another.  Only when she stopped eating gluten, did the abscesses disappear, only to return when she inadvertently consumed gluten.  The Hidden Plague is an excellent book by Tara Grant about curing Hidroadenitis Suppurativa with an auto-immune protocol.

My housekeeper has Lupus and Rheumatoid Arthritis. I tried to help her for years with the GAPS Healing Protocol, but it was only when she eliminated nightshades from her diet, did her excruciating migratory joint pain finally resolve. For people who do not respond to GAPS or to conventional Paleo, the auto-immune protocol should be implemented sooner rather than later. It can spare you a great deal suffering, and often put you surprisingly quickly on the road to healing.

Here is a link to the first episode of Eileen Laird’s new biweekly Phoenix Helix podcast.