The GAPS protocol was devised by a Russian physician, trained both as a neurologist and nutritionist, Dr. Natasha Campbell-McBride. She had a son who suffered from symptoms of autism. When she could get no adequate help from conventional medicine for her child, she began an impassioned quest to find a treatment for him. She developed the GAPS protocol, a system of diet, supplementation and detoxification. Her son is now a well-functioning individual. Dr. Campbell-McBride has a clinic in Cambridge, England, where she successfully treats thousands of children and their families as well as adults who are suffering from autism, depression, mood disorders, psychotic disorders, learning disabilities, dyslexia, dyspraxia, and increasingly all sorts of auto-immune, digestive, neurological disorders and rheumatological disorders.  Her ideas are an elaboration of a protocol devised by Elaine Gottschall, who wrote The Specific Carbohydrate Diet.

Dr. Campbell-McBride wrote a book called The Gut and Psychology Syndrome, from which the acronym GAPS derives. The premise underlying her ideas, is that health and degenerative disease are based primarily upon digestive disorders stemming from an imbalance of intestinal flora, which results in damage to the wall of the intestine. This allows both for particles of food, microflora and their toxins to  diffuse into the blood stream causing inflammation via auto immune reactions, as well as malabsorption of nutrients.

The cornerstone of the protocol is a nutrient dense diet, consisting of grass fed animal fat and protein, eggs, fish, fermented dairy, organic vegetables, fruits, and nuts. All processed and store bought foods are avoided, as are all grains, starches, sugar, soy and unhealthy highly processed and refined vegetable oils. There is both an Introductory Phase of the diet, which is more restrictive in order to efficiently and speedily promote healing and sealing of the intestinal wall. In some individuals it is then followed by a longer restorative phase where the dietary choices are far greater, the Full GAPS Diet. Depending upon the symptomatology, many people can begin the treatment with the Full GAPS Protocol, skipping the Introductory  Phase.  Dr. Campbell-McBride estimates that for many people it is necessary to follow the GAPS protocol for a minimum of two years in order to reclaim their health. She has recommendations for transitioning back to a non GAPS diet at the end of that period. 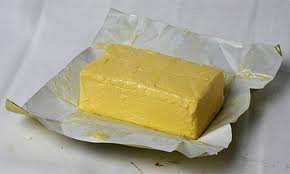 Detoxification and life style changes are also a part of the protocol. Juicing, detox baths and sunbathing and enemas are recommended, as is attention to take steps to reduce the toxic load in the environment.

Dr. Campbell-McBride has made a wealth of information about the GAPS protocol readily available on her website. As she wishes to provide a solution to our current nutritional and toxic public health emergency, and that an individual can safely and effectively implement the GAPS protocol on their own, she has provided all the necessary information to successfully do so. Included on the website are detailed instructions about the protocol, lists of foods that are allowed and to be avoided, recipes, frequently asked questions and recommendations for supplements.

Starting in the summer of 2011  Dr. Campbell-McBride began holding workshops around the USA to train practitioners in her method. She recently held a training outside of New York City in the end of September, which I attended. At the end of her tour,  there will be 120 Certified GAPS Practitioners in the USA. A list of Certified Practitioners will be available on her website by November 2011.