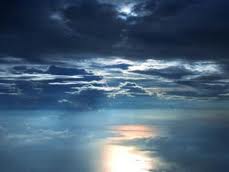 In Western Astrology the planet Neptune is associated with transcendence of ordinary reality. Some concepts linked with Neptune include the sea, the unconscious, blurring of boundaries, spirituality, idealism, imagination, creativity, illusion and delusion, madness, confusion, sacrifice, glamor and the media, pollution and poison, escapism and addiction.

Neptune’s orbit around the sun is approximately 164 years. It remains in each sign of the zodiac for 14 years, before moving on to the next.

In the beginning of February, Neptune moved into the sign of Pisces from Aquarius. This shift portends a greater receptivity, vulnerability and prominence in the collective consciousness to matters related to Neptunian themes. Neptune’s sojourn in Aquarius (1998-2012), the sign associated with the future and technology, was reflected by the increasing centrality of the internet in our daily lives. Each planet is linked with a sign of the zodiac where it feels most at home, and where its effect is most powerful. Neptune’s recent entry into its natural home sign of Pisces, signifies a time when the conditions and energies related to Neptune will be particularly heightened in our experience.

A classic illustration of themes represented by Neptune in Pisces was evident in the cover article of the Sunday New York Times Magazine this morning titled What Happened to the Girls in Le Roy. This is a quintessential tale of Neptunian confusion. It involves an epidemic of a tic disorder which afflicted 18 high school girls in the working class town of Le Roy, outside Rochester, NY. One by one, girls attending the same Le Roy high school awoke from sleep with twitches, and spasms and vocal outbursts.

After full medical and neurological evaluation, the consensus was that these girls were suffering from Conversion Disorder, a condition characterized by physical symptoms, which are an expression of unconscious psychological conflict and stress which cannot be verbalized.  In Freud’s time, Conversion Disorder was called Hysteria. The development of psychoanalysis, “The Talking Cure”, was largely based upon the treatment of this condition.

The affliction in Le Roy was contagious, and specialists suspected a mass psychogenic illness. Exposure to someone suffering from this condition triggered it in the next vulnerable individual, who mirrored the symptoms. A similar phenomena is witnessed when we yawn when we observe someone else yawning. The brain initiates a physical reaction that mirrors an activity that we witness in another. Yawning represents one end of the spectrum and mass psychogenic illness the other.

Worried parents were not satisfied with this explanation. Some suspected that the tic disorder was a result of environmental contamination. In January Erin Brokovich sent a team there to test the soil, as a derailed train in 1970 spilled toxic chemicals which may have leeched into the earth. There was also speculation that a former Jell-O plant in LeRoy had dumped manufacturing waste, which could be implicated in the epidemic.”Some of the older residents remember that they could always tell what flavor the Jell-O factory was producing on a given day based on the color of the water in Oatka Creek. What else, they wonder, got dumped on Le Roy?”

National news media began to converge on the town. The girls condition worsened as media attention increased. Investigation ultimately revealed no link between environmental contamination and the neurological condition afflicting these girls.

Some of the girls are now improving as TV news coverage slows down. Some of the stricken have responded well to antibiotics, which were prescribed on the hunch that the girls may have a rare condition in which a streptococcus bacteria can alter brain chemistry. The cause of the epidemic in Le Roy remains an unsolved Neptunian mystery.

The NPR radio show, “On Point” with Tom Ashbrook featured a fascinating episode on March 2, a month after Neptune moved into Pisces, called The New Age of Reformation. He interviewed a religious historian, Diana Butler Bass, who has written a new book titled Christianity after Religion: The End of Church and the Birth of a New Spiritual Awakening. She writes about the current erosion of Americans’ belief in conventional systems of religion, and a decrease in affiliation with organized religious institutions among Jews and Christians alike.  (Moslem, Hindu and Buddhist denominations are not declining due to immigration and higher birth rates) Yet simultaneously, Butler noted an increased longing in many individuals for connection with God and neighbor. She cited a statistic which I found remarkable:

In 1962 only 22% of Americans claimed to have had a personal mystical experience of God.

In 2009 48% confessed to having had a mystical encounter with the Divine.

What is going on here? How is this to be interpreted?

I was amazed to see a feature article in this week’s “Psychiatric Times“, a weekly newspaper published by the American Psychiatric Association, the principle organization of mainstream American psychiatry, that was titled “Spirituality and Religion in Mental Health: A Concise Review of the Evidence”. The article stated, “emerging research findings suggest that spirituality and religion are in fact related to well-being at multiple levels and may play important roles in both the prevention and treatment of mental illness.” The article noted that “While a third of all physicians believe it is acceptable for physicians to pray with their patients, psychiatrists are significantly less likely than other physicians to pray with patients. (See my post on the legacy of Freud and Jung for a discussion on psychiatry’s historical antipathy to spirituality.)

A USA today poll of more than 1000 respondents found that almost 80% of patients believed that prayer can help patients recover from illness, but “only 11% of persons who pray in an effort to improve their health disclose this fact to their physician.” “75% of individuals who seek medical care for any reason feel that their religious or spiritual beliefs are directly related to their health concerns, while only 16% of physicians or nurses inquire about these important matters.”

It appears that spirituality in the medical context has been relegated to the “Don’t Ask/Don’t Tell” category. Spiritual practice, as a central adaptive response to illness, is routinely omitted from the clinical conversation.  The likely result of the avoidance of this seemingly taboo topic, is a lack of authenticity between patient and caregiver, reflecting a lack of trust, and which ultimately undermines the power of the healing relationship.

The article concluded with “an invitation for open-minded discussion and debate about the quality of emerging research evidence and the appropriate role of religion and spirituality in health care and mental health care”. This is actually quite an astonishing shift given the historical dismissiveness with which these matters were treated by mainstream medicine, and psychiatry in particular. Neptune in Pisces is already working its magic.