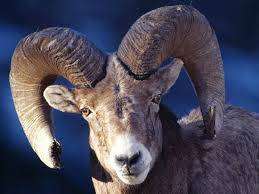 Early in the morning on April 7, 2016, at 4:24 AM Eastern Standard time there was a new moon in the sign of Aries, the first sign of the zodiac. A new moon occurs when the Sun and the Moon join together at the same point in the sky. The Sun is associated the Masculine and the Moon the Feminine. When they couple once a month at the time of the new moon, their union plants the seed which begins the new cycle which comes to fruition at the time of the full moon.

When the new moon is in Aries, it is especially symbolic of new beginnings. Aries is the most passionate of the fire signs, associated with the archetypes of the leader and pioneer, and the qualities of courage, independence, and authenticity.

This particular new moon features the planet Uranus in very close proximity to the Sun and the Moon. The presence of Uranus lends a flavor of revolution and the unexpected to this fiery moon. The planet Pluto in the sign of Capricorn is also strongly expressed, representing a transformation of structures such as governments and institutions, and the crumbling of those which have outlived their usefulness and no longer serve.

The institution of conventional medicine as it is practiced in this country today, with its focus on suppression of symptoms with toxic and expensive pharmaceuticals and procedures, rather than addressing root causes of illness or promoting well-being, is eroding the public health. Many patients have understandably completely lost faith in this misguided approach, and are turning to alternative natural treatments. This deep and pervasive disillusionment with the status quo is reinforced by medicine’s total divorce from the Sacred, which potentiates patients’ feelings of alienation and cynicism with our current soulless health care system.

One of my favorite astrologers Caroline Casey, in the most recent episode of the podcast the Visionary Activist Show, reported that she had been criticized for talking too much about politics. She replied, “OK, we don’t need to call it politics, we can call it “dedication to collective well being”. This concern for the collective well being is very germane to the practice of holistic psychiatry. Just as the healing of the body, mind, and heart cannot be divorced from the Sacred, it cannot be divorced from issues of the collective well being, which is created by the societal, cultural and planetary context. We are in the midst of a global environmental crisis that can only be shifted by a complete transformation of consciousness.

Makana, an indigenous Hawaiian guitarist, singer, composer and activist, described as “dazzling” by the New York Times, was Caroline Casey’s most recent guest on The Visionary Activist Show. In the interview, Makana commented articulately on the current state of the planet and why he supports Bernie Sanders for our next president.

Bernie has the Moon in Aries in his natal chart, in exactly the same point in the sky as the current new Moon. Never has there been a politician in my life time who so embodies the admirable qualities of Aries; courage, independence, authenticity and willingness to fight for his convictions on behalf of the collective well being. He is a rare politician who cannot be bought, and who has the integrity to stand up to the corporations. The corporate exploitation and plundering of the planet has  resulted in the fact that we are facing the sixth episode of mass extinction of plants and animals, with the greatest quantity of species die-offs since the loss of the dinosaurs 65 million years ago. Bernie has the unequivocal support of those who care about leaving a habitable world for future generations and who recognize the urgency of the moment in this regard.  When he spoke in Boston last October, he was introduced by global climate change activist Bill McKibben, head of 350.org.

Makana has written a moving song, “Fire is Ours” and created a U Tube video that has become Bernie’s unofficial anthem. Here it is: