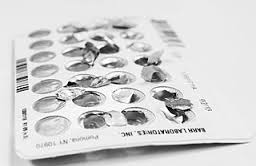 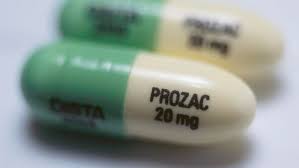 It breaks my heart to hear from my teenage and young adult patients that literally everyone they know takes birth control pills. Ingesting synthetic hormones is absolutely commonplace in our culture, which embraces prescription medications as a solution to every human situation. Studies link oral contraceptives to inflammation and auto-immune conditions, thrombosis, cardiovascular events, cancer, depression, insulin resistance, weight gain, and decreased libido, to name a few of the serious potential  consequences which degrade health and immunity. Many who come to see me are reluctant to come off of them, despite the profound adverse impact upon their health.

One teenager explained to me that in the current teenage and young adult culture, where drinking to extreme drunkness at parties and engaging in casual sex is routine, that you might be too drunk to remember to ask the boy to put on a condom, or he might not want to, which then would put you at risk of pregnancy, without the protection of the pill. This is troubling on so many levels, including the lack of honoring of the body, the denial of the sacredness of sexuality, the frequent deliberate dulling of consciousness and the abdication of intentionality.

There is a similar epidemic of taking of anti-depressant medications. The threshold for prescribing them is extremely low. Many prescriptions are given to people who would absolutely not need them, if they would adopt a healthier diet, engage in regular exercise, get adequate sleep, spend time in nature and sunlight, and attend to their emotional and spiritual lives. Taking a pill is less demanding than making all of those life style changes which require self-discipline.  And yet, anti-depressants can have serious side effects as well. Many people feel tired and emotionally blunted. It’s actually rare  to meet someone taking anti-depressants who does not experience decreased libido and who does not have trouble achieving orgasm. We are tragically addicted to our short term convenience and comfort, with negative consequences for our psycho-spiritual and physical health, as well as the health of the planet.

It can also be really difficult to come off of them, particularly the class of anti-depressants known as SNRIs, serotonin norepinephrine reuptake inhibitors, such as Effexor, Cymbalta, and Pristiq. Patients can feel really sick if they try to come off of them abruptly, or even delay the dose for as little as 8-12 hours.  It is not uncommon to feel severe anxiety and depression, dizziness, nausea, and “brain-zaps” (a feeling of electrical popping in the head), to name a few of the terrible side effects. Many psychiatrists do not realize that for some individuals, the dosage of these medications needs to be tapered extremely slowly to avoid these consequences.

The planet Jupiter is by far the largest planet in our solar system, and symbolically magnifies and emphasizes what he touches.  He is associated with the qualities of expansiveness, vision, faith and intuition. He just entered the sign of Virgo on August 11, 2015. Jupiter takes twelve years to orbit the sun, spending approximately one year in each sign. Jupiter will remain in the sign of Virgo until September 9, 2016. Virgo is an earth sign, and thus linked with manifestation. She is related to self-care, service, healing and health, particularly with regard to the immune system and digestion. Virgo is all about discernment and paying attention to the details.

Here is a prayer: May the formidable energy of Jupiter in Virgo catalyze a shift in the collective consciousness, and assist the sleeping public to wake up and recognize the dangerousness of our culture of prescription medications, and create support for a new vision of health care. May it strengthen each of us to engage in the mundane daily practices which are so fundamental to cultivating radiant health and well-being.

Emily Trinkaus, my favorite astrologer, and Katie Todd, a talented energy healer, just recorded a terrific hour long presentation, combining the astrology of Jupiter in Virgo with energy healing work, aimed at helping the listener maximize the available cosmic energies of Jupiter in Virgo for  empowerment, self-care and inspiration.  I apologize to my male readers, as the talk is really aimed at women. The recording costs $25, and it is recommended to listen to it repeatedly throughout the year while Jupiter remains in Virgo, to reinforce the effect of the energy practices. It is a fine example of the use of practical magic.

The other recording I wanted to share with you is Dave Asprey’s entertaining interview of psychiatrist, Julie Holland, MD, author of “Moody Bitches, The Truth About the Drugs You’re Taking, the Sleep You’re Missing, the Sex You’re Not Having, and What’s Really Making You Crazy” . She shares fascinating insights and information about the deleterious effects of oral contraceptives and anti-depressant medication upon women’s health. Her comments are more relevant to women in their late 20’s and 30’s.

Here are a couple of excerpts I found particularly interesting, and which illustrate the profound and insidious impact of these drugs.

“Yeah, that being on the pill, one of the ways that we choose or select a mate is based on their genetics and our genetics and what you want. Say you’re resistant to 5 illnesses and a guy, somebody else is resistant to 5 illnesses and they’re 5 different illnesses. That means when you get together your kids potentially could be resistant to 10 illnesses. That’s what you want. You want different genetic capabilities so that your kids have more. This kind of mate selection is done primarily by smell and by pheromones. Pheromones help you pick the right genetically appropriate mate. When you’re on oral contraceptives, you end up picking somebody who’s similar to you as opposed to different, so you don’t have as much genetic, the vigor of a hybrid.

You’re not going to get this vigorous hybrid when you have kids. You’re going to get kids who are also just immune to 5 things instead of 10. You end up picking somebody who’s more like a brother than an other, somebody who’s more genetically similar than you want. Then what happens is that when women go off the pill, sometimes the mate doesn’t smell right to them anymore. What I actually encourage my patients to do is if you’re at the point where you’re shopping for a husband, where you’re really looking for a mate, you want to settle down, you want to have kids, it’s really best to do that kind of behavior off the pill.”

“There’s really interesting animal studies where they give these rats or mice SSRIs and the mice don’t flirt with the male mice. The female mice, they stay to themselves. They don’t go over to where the males are. They don’t do the little “come hither” posture where they stick their butt up in the air. There are interesting human studies that are being conducted now and the data is being organized, but they haven’t been published yet, but showing that women on antidepressants, they look at men differently, they evaluate men differently. They spend less time gazing at their face. They’re more likely to sort of right swipe away. They’re rejecting potential mates because of this high serotonin levels of the anti-depressants they’re giving them.”

“Big pharm has really taken over and doctors just push the pill. Then you have women who are on a combination of oral contraceptives and antidepressants, where you get the double whammy where they have very estrogen levels, high serotonin levels.They’re not very horny, they’re testosterone is low, they’re pheromone processing is screwed up and they have no libido. It’s very difficult to climax, and you get into sort of a nun-hermit situation there. You’re not interested in sex. One of the things that a woman’s orgasm does for her is it helps her evaluate partners. Somebody who is willing to take the time to be selfless and committed to that other person’s pleasure, that’s a really important quality in a mate as somebody who’s going to help you raise your kids. If you can’t climax, if you’re not that interested in sex, like don’t bother, it’s too hard, just don’t worry about me, you’re missing out on one important measure of a partner”.

Here is the link to the whole conversation: