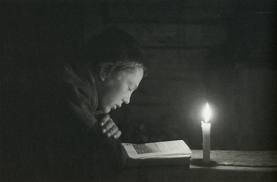 Many Americans are very worried about their sleep. They firmly believe the common assumption that they should get a solid uninterrupted eight hours. If they find themselves awake in the middle of the night, they feel as though there is something seriously wrong with them. Many go to their physicians who diagnose a sleep disorder, and are prescribed sleep medications. These medications are not benign. Many cause a hangover; the next day the individual feels tired and sleepy and functions sub optimally. There are also more dramatic side effects such as sleep walking, amnesia and hallucinations. Between 2000-2005 Americans were prescribed 60% more sleep medications than in previous years.

Several years ago my friend, psychologist Dr. Joan Goldberg, mentioned the intriguing concept of segmented sleep to me. The theory goes like this: Our modern idea that a solid 8 hours represents healthy sleep is a myth. Historically human beings naturally slept in two distinct phases, with a period of wakefulness separating the two phases. There is evidence from sleep research, as well as from the reports of individuals, that this bi-modal sleep pattern, combined with a midday nap results in the experience of greater wakefulness during the day time, than uninterrupted sleep. During that period of wakefulness, the brain secretes high levels of prolactin, a hormone associated with a feeling of calm and well-being.

Historically this time of wakefulness between the two sleep segments was considered a special and even sacred time. Laborers tired from working the fields would have the energy to have sexual relations after their first period of sleep, people engaged in spiritual practices such as prayer, reflection and meditation, and others used the quiet time to read and write. Dreams were more available to be remembered during that time than upon awakening in the morning.

A recent article in the BBC news magazine reported on segmented sleep. The historian Robert Ekirch summarized in his book At Day’s Close: Night in Times Past, the abundant historical evidence that humans previously slept in two separated segments.  This custom was common knowledge and there are many references to it. Here is an interesting passage from that article;

He unearthed  “more than 500 references to a segmented sleeping pattern – in diaries, court records, medical books and literature, from Homer’s Odyssey to an anthropological account of modern tribes in Nigeria.

During this waking period people were quite active. They often got up, went to the toilet or smoked tobacco and some even visited neighbours. Most people stayed in bed, read, wrote and often prayed. Countless prayer manuals from the late 15th Century offered special prayers for the hours in between sleeps.

And these hours weren’t entirely solitary – people often chatted to bed-fellows or had sex.

A doctor’s manual from 16th Century France even advised couples that the best time to conceive was not at the end of a long day’s labour but “after the first sleep”, when “they have more enjoyment” and “do it better”.

Ekirch found that references to the first and second sleep started to disappear during the late 17th Century. This started among the urban upper classes in northern Europe and over the course of the next 200 years filtered down to the rest of Western society.

By the 1920s the idea of a first and second sleep had receded entirely from our social consciousness.

He attributes the initial shift to improvements in street lighting, domestic lighting and a surge in coffee houses – which were sometimes open all night. As the night became a place for legitimate activity and as that activity increased, the length of time people could dedicate to rest dwindled.”

This article from the BBC generated some buzz in the Paleosphere when it was published a few months ago. Robb Wolff of The Paleolithic Solution took issue with the normalization of our poor sleep habits in contemporary culture. He noted the deleterious effect upon health of too few hours of sleep, as well as the disruptive effect electric light has on the natural diurnal circadian rhythm of Cortisol, which creates insulin resistance, increased appetite and inflammation. He did not comment upon the beneficial calming effect of Prolactin released during the segmented sleep pattern or the potential psychological and spiritual benefits of this special time.

It seems to me that Americans want to do everything efficiently, and that includes sleep. Segmented sleep is not efficient, power sleeping a solid 8 hours minimizes time in bed so that a person can get back to the important business of  “getting and spending”.

Yet we also crave rest and a huge 20 billion dollar industry has been created around sleep: pillows, mattresses, herbal remedies, sleep centers and prescription medications.

Here is a passage from a recent article about segmented sleep in the Guardian,

“But while once viewed as a great leveller (Sir Philip Sidney called sleep “the poor man’s wealth, the prisoner’s release, the indifferent judge between high and low.”), sleeping long has become regarded as an indulgence, a weakness. Today careerists operate a sort of competitive sleeporexia, seeing who can function on the least amount of sleep, fuelled by tales of Thatcher and her four hours.”

I wonder if we made an effort to align our sleep more with the rising and setting of the sun, going to sleep earlier in the winter and later in the summer, and arising with the sun, and returned to honoring the pattern of segmented sleep, but resisted the use of electric light during the period of wakefulness, if it would still impact cortisol levels.

It is also true that sleep changes over the course of the life cycle. Children sleep very deeply compared to most adults, and older adults sleep less than younger people. People with mood and anxiety disorders often have atypical sleep patterns. It seems important to gauge the healthfulness of  your sleep habits in terms of how you feel. How is your energy? How alert do you feel? These are the most reliable indicators of whether or not you need to tweak your practice.

It is my opinion that the habit of segmented sleep could offer a special personal private time, an oasis. It potentially offers a dedicated carved out time and space for just being, and could potentially yield physical, psychological and spiritual benefits to our harried souls.