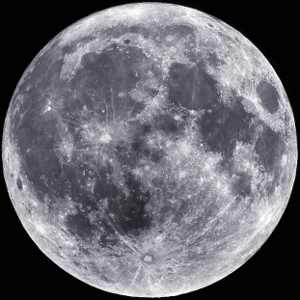 In other posts I have written about my belief that the health of our ancestors was founded upon their awareness of the cycles of nature and of their relationship to the cosmos. This weekend a celestial event will occur which will be hard to overlook if the skies are clear.

A spectacular Super Moon will occur this Saturday, May 5 at 11:34 PM Eastern Time,  the brightest and largest moon of 2012. It will appear 14% larger and 30% brighter than other moons of 2012. This moon will be approximately 16,500 miles closer to the earth than usual.  The moon’s distance from the earth is not always the same due to the elliptical shape of the moon’s orbit around the earth. When the moon is closest to the earth it is called at perigee-syzygy, when it is farthest away, it is called at apogee. The best time to view the moon is at moon rise and moon set when it is near the horizon. When there are objects in the foreground like trees or houses, it makes the moon appear even larger and brighter.

This super moon coincides with the cross quarter point, the moment in time that is between the spring equinox and the summer solstice. It is marked by Beltane, the Celtic holiday, a fertility festival which celebrates the height of Spring and approach of Summer. In folklore, Beltane is the time when the veils between the worlds are the thinnest, and there is magic in the air. This full moon will occur in the sign of emotionally intense Scorpio, a sign associated with phenomena that are typically hidden from every day consciousness. Paradoxically, as the full moon illuminates, perhaps with a Super full moon in Scorpio, that which is typically hidden will be revealed. Astrologically full moons are associated with events, circumstances, and processes coming to a culmination or climax, and with a Super Moon, this is amplified more so than usual.

In the culture there is a belief that exists that emotions run high on a full moon, that psychiatric emergency rooms are busier, that crime rates increase. The word “lunacy” is related to luna, the latin word for moon. Others dispute this and claim it is a superstition. It is hard for me to imagine that we are not impacted  by the effect of the moon upon us.

One thing is certain, that if it is a clear night, it will be a sight of great beauty and not to be missed.