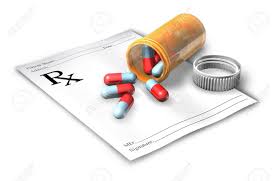 These days many new patients who call are interested in getting off of psychiatric medications. Often they do not feel that the medicines are effective, they hate the side effects, and worry about the long term consequences of ingesting synthetic chemicals.

I was trained to believe that stopping a psychiatric medication was not a big deal; you just halve the dose, wait maybe a week and then decrease it again by 50% and then stop. No problem. Many patients, however, experience serious adverse side effects when attempting to decrease their medication at this rate.

Withdrawal effects from anti depressants are not uncommonly interpreted as an indication that the symptoms that the medication was originally prescribed to treat are returning, and that the patient possibly needs to go back up on the dose or begin taking another pharmaceutical.

There are reports that delaying the dose of Effexor for as little as 8-12 hours can result in a  “discontinuation syndrome”. Some patients experience such severe dizziness and disorientation, that it becomes hazardous to operate a motor vehicle. Most patients are told not to stop the medication abruptly, but rarely are cautioned that missing a dose can result in such severe adverse reactions.

Benzodiazepines are a class of medication prescribed alarmingly casually for anxiety and insomnia, that when taken as prescribed, can lead to dependency in some individuals. What was originally intended as short term solution devolves into a long term serious problem, characterized by a devastating withdrawal syndrome for some people. Common symptoms of benzodiazepine withdrawal can include irritability and agitation, inability to concentrate and memory problems, body aches and sleep disturbance, anxiety and panic accompanied by feeling flushed, increased pulse rate, increased blood pressure, and sweating. In severe cases the withdrawal syndrome can even progress to include seizures, confusion, suicidal thoughts and can even be fatal.

There are many sobering accounts of people trying to get off of these medications, not to mention that long term use has been linked with an increased risk of dementia.  Caetlin Mangan has written terrific post entitled “Benzo Withdrawal: The Ultimate Guide to Symptom Relief”, that can serve as a valuable resource, if you are experiencing withdrawal symptoms from benzodiazepines.

In my practice, I often recommend tapering medications on a schedule of 10% of the dose a month. Sometimes people feel quite impatient with this recommendation, as they are so eager to stop taking medications. But they can run into trouble when it is done more quickly. Many psychiatric medications have anti-histaminic properties, and patients can experience symptoms of histamine overload when they try and stop psychiatric medications abruptly, particularly symptoms of depression, anxiety, fatigue, racing thoughts, attention and memory problems, and insomnia.

In addition to weaning very slowly from medications, I recommend that patients simultaneously adopt nutritional changes to improve gut health which decreases inflammation. The most fundamental instruction is to stop gluten, dairy, minimize sugar and to eat a whole foods diet. If a patient is more ambitious, I will recommend the Paleo diet, but the gold standard is the Paleo Auto Immune Protocol , an elimination diet. Implementation of the Paleo Auto Immune Protocol, with eventual careful reintroduction of potentially allergenic food, will allow a person to identify which specific foods are contributing to her psychiatric symptoms. In addition, general immunity can be significantly boosted through the regular inclusion of fermented foods and nourishing broths in the diet, as well as probiotics.

The emotional and spiritual life, the histories of the family of origin and the ancestors, digestive health and immune status, movement and sleep habits, the role of pleasure and play, time spent in sunlight, toxic exposure, alcohol and drug use and choice of contraception are all important domaines to explore in the initial consultation. All of these factors play a critical role in supporting a person holistically as they take on the rigors of tapering off of psychiatric medications.

I also typically recommend ordering the laboratory studies necessary to implement the Walsh Approach, which involves prescribing protocols of nutrients, mostly familiar inexpensive anti-oxidants and minerals, to treat biochemical imbalances, such as elevated copper, pyroluria, and methylation disorders,  all of which are correlated with psychiatric symptoms. These protocols of nutrients are very effective and much safer than pharmaceuticals.

Mad In America is a non-profit organization which is a passionate advocate for alternatives to the pharmaceutical approach to psychiatric treatment. Its mission is ” to serve as a catalyst for remaking psychiatric care in the United States (and abroad). We believe that the current drug-based paradigm of care has failed our society, and that scientific research, as well as the lived experience of those who have been diagnosed with a psychiatric disorder, calls for profound change.” They have an excellent resource page for withdrawal from psychiatric medications.