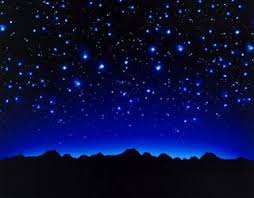 2018 is a year that will bring huge shifts in the prevailing energies as multiple slow moving planets will change from one zodiac sign to the next. The slow moving planets impact us collectively. They are disrupters of the status quo. In October of 2017 Jupiter moved into the sign of Scorpio. Just a few days ago Saturn moved into its own sign Capricorn, in April 2018 Chiron will move into the sign of Aries and in May 2018 Uranus will move into the sign of Taurus. These shifts will combine to produce a massive amount of change in the service of preparing us for the profound energetic shift in January of 2020 when Pluto and Saturn will join together at 22 degrees in the sign of Capricorn with Jupiter, Mars, Mercury, and the Sun all very nearby.

So what does all of this mean in plain English?

Jupiter spends one year in each zodiac sign, and on October 10, 2017 it moved into the sign of Scorpio. Scorpio is about sex, power, wealth and secrets. It’s about all things that are hidden. Jupiter, the largest planet in our solar system, magnifies and expands all that it touches. Jupiter’s ingress into Scorpio exactly coincided with the breaking news of Harvey Weinstein’s epic history of sexual misconduct. Since his victims came forward there have been a torrent of revelations involving powerful men in all domains of American life, business, politics, the arts, the media, exposing the rampant sexual abuse of women which has been going on for years, but is finally reaching the light of day. And just think, Jupiter has only been in Scorpio for 2 months. We still have 10 more months to go. I suspect that these disclosures represent only the tip of the iceberg. There is likely to be much more revealed about abuses of power, position and misappropriation of wealth as Jupiter makes its way through the remainder of the sign of Scorpio. I believe that we are going to learn a great deal more about the Russian connection with the past presidential election.

Just a few days ago, Saturn, the Lord of Karma, moved into the sign of Capricorn. Saturn spends 2.5 to 3 years in each sign. Every zodiac sign is ruled by a planet, and Capricorn is ruled by Saturn. This means that Saturn is now inhabiting its own sign where it feels most at home, and is its energy is very very powerful. Traditionally, Capricorn is all about hierarchical relationships, government, corporations, leadership, and responsibility. With Saturn moving into Capricorn, we can expect that that the natural consequences of the policies and practices of the government and corporations will become manifested. The chickens will come home to roost so to speak. What is working and what is not working will be evident and unmistakable. This will be particularly glaring in January of 2020 when Saturn meets up with Pluto, the Lord of the Underworld. At that point the shadow side of the misuse of leadership and power will likely reach a crescendo and create a situation which will shift the status quo in a dramatic way. It is interesting to note that 2020 is an election year.

From a Shamanic Astrological perspective, the symbol of Capricorn is viewed very differently and much less hierarchically. It is about the wisdom of the circle of grandmothers. In this tradition, the measure of the alignment of an action is the effect that it will have upon seven future generations. It may be that in the upcoming years when the energy of Saturn in Capricorn is so very powerful, and joins with multiple other planets in Capricorn including Pluto, that an increased awareness of the vital and essential nature of this perspective will take hold in the collective. The limitations and consequences of our short sighted approach will become increasingly evident and devastating. This Shamanic Astrological interpretation of Capricorn is a very hopeful vision to hold close to our hearts and one which I encourage all of you to cultivate.

In April of 2018 the asteroid Chiron will move from Pisces, the last sign of the zodiac, where it has been for the last 7 years, into Aries, the first sign of the zodiac. Chiron symbolizes wounding and healing. Chiron spends a variable amount of time in each sign, as its orbit is erratic. It will spend 8 years in Aries. Aries energy is highly individualistic and warrior-like. Chiron in Aries is a much less passive and accepting energy than Chiron in Pisces. Chiron in Aries may symbolize a time of recognition and anger about the wounding of the Earth and a renewed passion, vigor and willingness to fight for causes related to the survival and healing of the planet.

In May of 2018, Uranus will move into Taurus. Uranus spends 7 years in each sign. With Uranus the only thing that can be counted upon is to expect the unexpected. Uranus can be a symbol of trauma, but also is the symbol of a progressive and enlightened perspective, as well as electricity, technology and science. Taurus is an Earth sign, and is concerned with personal and material resources, values and the natural world. There will likely be an intensified focus on ecological events during Uranus’s soujourn in Taurus. It portends more environmental trauma but also perhaps out of the box solutions. Uranus also symbolizes revolution. Revolutionary movements, as it pertains to resources, may be born and potentially a reconsideration of the consequences of the concept of ownership, another Taurean matter. Taurus is also the symbol of the body, and with Uranus in Taurus, there may be breakthroughs and breakdowns as it relates to our physical body. It may be that the impact of electricity on the body will both intensify and perhaps also finally be acknowledged and better solutions discovered.

At the moment of the Winter Solstice the Sun was right beside Saturn in the sky. The north node of the moon is in Leo, symbolizing our collective purpose, and is ruled by that combination of Saturn and the Sun. Each and every one of us is being asked to own our power and authority and to shine our unique light into the world. We cannot wait or expect someone else to do it. We need to take responsibility for whole heartedly contributing our particular gift in service of the future of the children and the planet. There is an invitation to embody heart centered consciousness during this time of massive and accelerated change, when it would be natural and automatic to fall into dread and fear about survival.

Numerologically 2018 adds up to 11. Kundalini Yoga traditionally describes that every individual possesses 10 bodies, but there is also an 11th body, which is the sum of all 10, and which is associated with our union with the Infinite. This is the paradoxical tension of 2018. We need to both focus on making our particular and unique contribution as individuals, while simultaneously recognizing our essential oneness with the planet and all of its elemental, human, animal, and plant beings.

With this expanded consciousness we can most gracefully and skillfully position ourselves to surf these massive waves of change that are underway during this most remarkable time on our beloved planet, and also to act as midwives for the new paradigm that is trying to be born.

Many blessings to all of my readers for 2018.