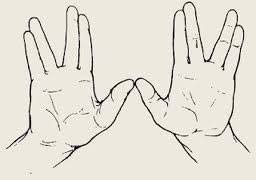 Be Realistic. Expect a Miracle. Be Patient. The Impossible Takes Slightly Longer than the Difficult.

Tonight is the seventh night of Chanukah, a Jewish festival of lights celebrating a miracle in very dark times. The Winter Solstice was a week ago, and on the day after Christmas, there was a new moon in the sign of Capricorn that was accompanied by an Annular Solar Eclipse. 2019 is drawing to a close and New Year’s Eve is just around the corner. Many are experiencing this time as one of enormous intensity and pressure, much like labor and childbirth.

The astrology of these times is remarkable in so far as we are experiencing the confluence of the ending and the beginning of several very long planetary cycles, which will continue through the Winter Solstice of 2020. We are witnessing an old world dying and a new one struggling to emerge. As these cycles draw to a close, structures and practices that are unsustainable are falling apart.

This process can be witnessed globally across multiple domains; principally with the collapse of the biosphere, but also stunning political dysfunction here and abroad, dramatic wealth inequality, shortening life expectancy, dropping fertility rates and a rise in chronic illness due to policies that favor corporate profits over protecting public health and safety. The astrology of these times heralds a fundamental and necessary paradigm shift.

One of the important dates during this time of endings and beginnings is January 12, 2020, when the planets Pluto and Saturn will meet at 22 degrees of Capricorn. They will be joined by an astonishing number of other planetary bodies in the same part of the sky, creating a highly unusual concentration of Capricornian energy. The last time Pluto and Saturn joined together was on November 7, 1982 in the sign of Libra. If you are old enough to remember 1982, there may have been an ending and beginning of a chapter in your own life at that time. Now that 37-year long chapter is drawing to a close and a new one is beginning.

Saturn is the planet associated with karma, structures and limitations. It is an archetypal energy which symbolizes reaping what you sowed. Pluto is the planet associated with power, death and rebirth. Saturn and Pluto joining together in Capricorn correlate with a transformation of structures and a redistribution of power. This is not only true on a governmental, economic and societal level, but also on a personal level. Value and belief systems, love and work situations that no longer fit who we have become will feel increasingly untenable. Many will experience an internal pressure to initiate changes in order to feel more authentic and aligned.

Capricorn is traditionally represented by a mountain goat who springs in a sure-footed manner from crag to crag, as she scales the peaks. This is the earthy aspect of this archetype. Capricorn is associated with the consistency required to achieve long term goals and with responsibility, reliability and credibility. It symbolizes  the discipline and commitment to adaptive habits and practices that move you closer to realizing your intentions. With Saturn and Pluto are at the very end of their 37-year cycle and there can be a lack of clarity about direction and intention. Next steps will likely become more clear after January 12, 2020, when the new cycle begins. Guard against succumbing to the lower vibration of Capricorn which can be experienced as fear, loneliness and isolation, depression, guilt and unworthiness. 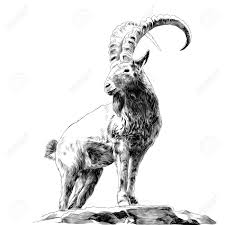 A more ancient representation of Capricorn is the sea-goat, a mythical creature with the head of a goat and the tail of a fish. This symbol is associated with the water element and speaks to the spiritual dimension of this archetype. In order to most skillfully surf this unfolding tsunami of change, it will be protective to develop a consistent and regular spiritual practice, as well as to join a like-minded spiritual community. Practice grateful living, invest in friendships and love and devote yourself to service. Have the courage to make your unique contribution. These expressions of the sea-goat’s energy which will stand you in good stead as you navigate these difficult times. 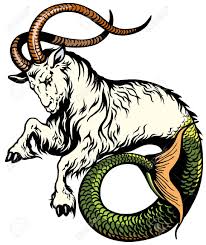 The archetypal energy of Capricorn and Saturn are associated with elderhood. I have included wisdom from two spiritual elders, Ram Dass and Brother David Steindl-Rast.

This past week the spiritual leader and counter-culture icon, Ram Dass, died in Hawaii on the Winter Solstice. He was born in Boston and grew up in my town, Newton, Massachusetts.  On Ram Dass’s altar were photos of both Barak Obama and Donald Trump. In Will Welch’s wonderful 2018 GQ article entitled  The Unified Theory of Ram Dass, Welch quotes advice given by Ram Dass in 1969 that is as relevant today as it was then. It speaks for the need to transcend the polarization that characterizes this time of massive change and uncertainty.

“I know many of you will feel uncomfortable when I say this, but the hippies create the police as much as the police create the hippies,” he said, his Kennedy-esque Boston accent still intact. “That the liberals create the conservatives. The protesters create the John Birchers just as much as the John Birchers create the protesters. That as long as you are attached to whatever pole you are representing, the vibrations which you are sending out are creating its polar opposite around you. If you can do whatever is your karma—which may be walking in a protest march or fighting in Vietnam, or being a conservative or a liberal or being a housewife or being a yogi—and can do it without attachment, and do it fully and thoroughly but without attachment, then you do not create that karma. You do not create the polar opposite.”

Here is an excerpt from a talk by Ram Dass given more than 20 years ago, about the need for a paradigm shift.

Enjoy a wise heart-opening video of Brother Steindl-Rast speaking about encountering the Great Mystery of Life with courage, trust, openness, hope and love. He also addresses the need for a paradigm change if we are going to make it, as well as the opportunity available to us to create a world that is more wonderful than our wildest dreams.

Blessings to all my readers for 2020! May you shine your light brightly in the coming year and have the courage to choose love.