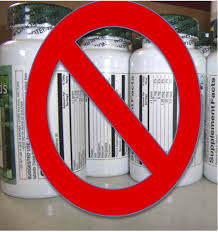 I recently undertook an 8 day cleanse. The most powerful benefit resulted from following the recommendation to stop all supplements that were not absolutely essential. I had been feeling unusually tired, which was part of the rationale for undertaking the cleanse in the first place. I thought that it might do me good to get out of my habitual dietary routine. A sort of spring cleaning with lighter foods, more green smoothies, etc.

One supplement that I had been using every night before bed for over a year was gelatin powder to support my sleep. I even wrote a post about supplementation with gelatin, which has been one of my most popular pieces. I was initially very enthusiastic about its effects upon my sleep, appetite, and anxiety level. But after a few weeks I came to feel that it was making me tired and giving me a headache, and thus reduced my dose substantially from three tablespoons a day to only one tablespoon at night. Although it did function to help me sustain sleep, when I stopped taking it, I immediately noticed that I experienced less day time drowsiness the next day. I did wake more frequently during the night after I stopped it, but nevertheless felt less tired the next day.

Emboldened by my success with the omission of the gelatin powder, I decided to see what would happen if I stopped the bio-identical progesterone that I had been taking at bed time for several years. This is another supplement that I had been using regularly to deal with post menopausal sleep disturbance and hot flashes. Without it, my sleep quality did not worsen and I did not have a recurrence of hot flashes. It appeared that I no longer needed it. That was valuable information that I would not have known had I not taken a break from my routine.

Another discovery which resulted from the cleanse was the recognition that I have developed a sensitivity to almonds. I do not know if this is new, or if I was just now was able to make the link. Or perhaps the quantity of almonds I ate exceeded my tolerance limit. Nevertheless, because the cleanse limited my diet, it became clearer what symptoms were linked with particular foods. Over the past year I had already made the connection between pumpkin and sunflower seeds and insomnia and anxiety, but I never suspected almonds. I love almonds, and they have been a convenient staple for me, but my sleep and anxiety are much better without them. It’s good to know which foods cause symptoms. It’s also worthwhile not to omit them permanently, but to try to eat them again in six months and see if the same reaction results. Food sensitivities can shift and change, and it is important to not restrict your diet unnecessarily.

I recommend taking a hiatus from supplements, and see what you notice. It maybe that something you thought you needed, is no longer necessary, like the bio-identical progesterone in my case, or that something that you considered helpful is having side effects, like my experience with gelatin. And also, never underestimate the power of foods to produce unlikely symptoms. Many psychiatric symptoms such as depression, anxiety and insomnia, as well as feeling states like anger or sadness, can very surprisingly be linked with food sensitivities. Food sensitivities may be in response to any foods, even those that are commonly considered healthy, like almonds or carrots. Be a detective and change up your routine and see what you discover.