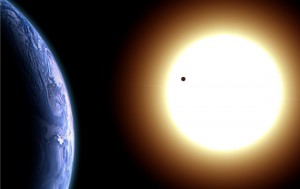 This is an unusually active time in terms of the occurrence of multiple significant astronomical events in close succession temporally. This signifies a profound time for the world astrologically, as astrology is an art/science that interprets the influence of heavenly bodies on human affairs. At key moments in history, there is a pattern of unusual astronomical events bunched up around that date. As astrologer Tony Howard put it, ” when many key transits occur simultaneously that we tend to find more outward events – landmarks for memorable moments in history where we find sea changes, shifts, beginnings and endings of cycles.” There is so much intensity and uncertainty in the world at this moment, politically, economically and ecologically. We need only to take a look around the globe to verify that, and many people are feeling it on a personal level, with an increase in physical and emotional symptoms.

In the beginning of May there was a Super Moon, the largest appearing moon of 2012. Two weeks later there was an Annular Solar Eclipse, a spectacular natural phenomena when the moon aligns between the Earth and the Sun in such a way that it appears as though a ring of fire blazes around the silhouette of the moon.

Eclipses occur in pairs, and today there was the full moon Partial Lunar Eclipse just before dawn on the East Coast.  This unfortunately was not visible in Boston because of overcast skies, but it would have been beautiful, had we been able to see it. It would have appeared as a low hanging full moon in the sky, slipping behind the earth, casting the Earth’s shadow over a third of the moon’s surface. This June full moon was called the Strawberry Moon by Native Americans, as it occurred during the brief season when strawberries could be harvested in this part of the world.

Tomorrow in the late afternoon on the East Coast one of the rarest predictable astronomical events will occur; Venus will pass in front of the solar disc. It will appear as a tiny black dot moving over the face of the Sun, as Venus’s orbit moves between the Sun and the Earth. This must not be viewed with the naked eye, as it could burn the retina, and can only safely be witnessed through special solar filters. This is another event that occurs in pairs; the first of this pair occurred in 2004. Venus transits of the sun occur every 105-120 years. The last time this occurred was in 1872 and the next will be in 2117. Thus this is an event that occurs once in a human life time, if at all, and as far as we know, no one alive today will witness the next Venus transit of the Sun, and no one who saw the last one is still on the Earth.

Historically the Venus transit of the sun was very significant in terms of contributing to the evolution of the human understanding of the solar system. There is a fascinating video by NASA at the end of this post that discusses this history.

Astrologically speaking, this is a time when our thoughts have a heightened potential to manifest, and thus it is especially important to be clear about our desires. Venus transits historically coincide with a shift in humanity’s worldview. This Venus transit may portend a shift in our view of ourselves within the Solar System. Many believe that though this is a time of crisis in the world, that it also represents a unique opportunity for global heart opening.