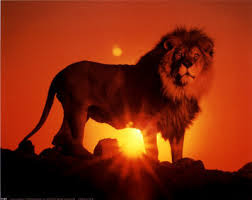 The planet Jupiter moved into the sign of Leo on July 16, 2014 and will remain there for the next 13 months until August 11, 2015. One of the benefits that consciousness of astrological cycles affords, is the opportunity to productively harness prevailing energies. It can be like taking advantage of a tail wind to speed your journey. Conversely, at other times, there is less propensity for endeavors to progress with ease, and an awareness of astrological head winds can put a frustrating lack of progress into context.

Jupiter in the sign of Leo represents an especially fertile, creative time period during which ideas or plans that you have been working on or envisioning can be brought to fruition. Over the past year many planets that were in signs associated with a watery energy, are one by one, now moving into fire signs. This translates into a season of giving birth to projects which have been gestating over the past year. We are also likely to feel that the pace of life is accelerating and see major shifts in ourselves as well as the planet during this time period.

The energy of Jupiter is a vast one which transcends the boundaries of time and space, and can result in inspired grand visions. The danger, however, is that when this optimism and confidence is not appropriately grounded, that there can be a disregard of a reasonable limits. A proneness to excess and waste is likely, if it is not properly and consciously managed. Similarly, there is a propensity to bite off more than we can chew. It is truly both a time to really go for it, and simultaneously to temper that enthusiasm with caution.

Jupiter is the king of the Gods and Leo the king of the beasts. Jupiter in Leo is associated with leadership, either enlightened or despotic, depending upon whether the higher or lower vibration of the signature is manifested. Leo is linked with the heart. This energy can be used to cultivate ourselves as heart based leaders. In spite of the horrifying current events all over the globe, which can naturally breed cynicism and hopelessness, there is cosmic support for leadership which embraces and supports life on this earth, and believes in the possibility of creating a better world for our children.

Today and tomorrow, July 24 and 25, 2014, the planet Jupiter and the Sun will be in proximity to each other in the sky in the sign of Leo. It is like a solar blessing for the initiation of this journey of Jupiter in Leo. This is a very auspicious time to set personal intentions for the coming year. It is a time when our intentions have a particular potency. So, take a few minutes, and think about what you want to accomplish creatively in the coming year. Write it down and meditate upon it. Do not miss this window of opportunity to support the manifestation of your dreams.

The following is a worthwhile short video by Maurice Fernandez, an astrologer and spiritual mentor. It is a preview of the coming year with Jupiter in Leo.