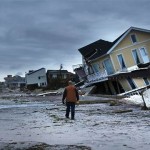 ” The most remarkable feature of this historical moment on Earth is not that we are on the way to destroying the world- we’ve actually been on the way for quite a while. It is that we are beginning to wake up, as from a millennia-long sleep, to a whole new relationship to our world… [Continue reading] 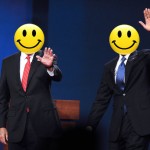 I just went to CVS to get D batteries for my flashlight, but they were all sold out. Bostonians are getting ready for Hurricane Sandy, and Governor Patrick has declared a state of emergency.  It’s always a challenge to separate hype from reality, but Sandy has been described as potentially a “Frankenstorm”, because of the unusual… [Continue reading]

My final post of 2011 was entitled Be a Hummingbird in 2012. I would now like to revisit this important topic in light of current profound astrological events, particularly the recent first exact square between the planets Uranus and Pluto, which occurred in the context of Neptune’s fourteen year sojourn in Pisces. In this post… [Continue reading]