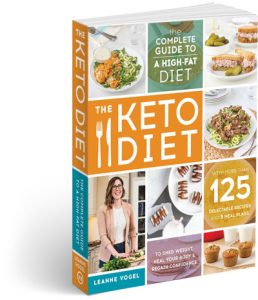 Inflammation is one of the most powerful factors which determines health and illness. Levels of inflammation in the body are very strongly influenced by dietary choices. In my holistic practice of psychiatry, one of the most important conversations which I have repeatedly with my patients, is the fundamental importance of following a non-inflammatory diet. This conversation must be had repeatedly, because diet is one of the very hardest things for most people to change.

For optimum health, I believe that a Ketogenic Diet, one that is high in fat, adequate in protein and low in carbohydrate, exerts the most anti-inflammatory effect. This combination changes the way energy is used in the body; instead of deriving energy from carbohydrates which convert to glucose, energy is sourced from fats which convert in the liver into fatty acids and ketone bodies. An elevated level of ketone bodies in the blood, a state known as ketosis, is correlated with myriad health benefits. In contrast, elevated levels of glucose leads to inflammation, insulin resistance and accelerates aging.

Research on the impact of a ketogenic diet for Cancer, Autism, Alzheimer’s Disease, ALS, Parkinson’s Disease, Traumatic Brain Injuries, Sleep Disorders, Headaches, Bipolar Disorder, Diabetes and Cardiovascular Disease is emerging, and I anticipate that we are going to be hearing much more about its health benefits and novel applications.

The ketogenic diet was used very effectively to treat epilepsy in the 1920’s, until anti-convulsant drugs were introduced in the 1940’s, when it fell out of favor. It’s easier to take pills than to follow a restrictive diet, and the pharmaceutical industry’s lobby is very influential.  Pharmaceuticals, as opposed to dietary changes, remain the standard of care today in conventional medicine, not only for epilepsy, but for so many medical and psychiatric conditions that could be ameliorated and even cured with appropriate dietary intervention. This is the case despite the many common adverse frightening side effects associated with use of medications, and not to mention the expense of the drugs.

Many people report that a ketogenic diet increases mental clarity and vitality, and effectively reduces chronic depression and anxiety. People generally report significant weight loss when following a high fat diet. In the past, I have hesitated to recommend a ketogenic diet to my patients, because it can be quite difficult for the average person to implement. The transition from burning glucose for fuel to burning ketones can be physically and psychologically demanding. Not only can it be hard to  refrain from eating beloved and habitual foods, but it is also a challenge to figure out how to palatably get most of your calories from fat.

A much needed resource has just appeared on the scene, which makes the Ketogenic Diet much more accessible, Leanne Vogel’s beautiful new book, “The Keto Diet”.  Leanne seems to have thought of everything. She has many helpful remedies for trouble shooting common dilemmas and symptoms, and action plans which address all manner of contingencies. Her clear recommendations are customizable according to an individual’s metabolic needs, which she recognizes may change over time, and for which she offers accommodations and solutions.

Like so many women living under the patriarchy, Leanne has personal experience with disordered eating and preoccupation with body image, and the approach she advocates is born out of her own process. The voice that shines through the pages is very authentic, intimate and funny. Last October I had a conversation with her about an integrative approach to cultivating holistic health when I appeared as a guest on her podcast, Healthful Pursuits, and was moved by her refreshing genuineness and capacity to connect.

The Keto Diet also contains many yummy and practical recipes. In contrast to many other low carb cookbooks, Leanne’s is dairy free and based on nutrient dense whole foods. One recipe that I found particularly useful is her tasty Keto Lemonade. (p. 422) As I mentioned above, the process of becoming fat adapted, switching the metabolism from burning glucose for fuel to burning ketones, can be quite difficult for some people. A most uncomfortable systemic illness can occur in some people called the “Keto Flu”. Some of the symptoms can include brain fog, headaches, dizziness, irritability, insomnia, nausea, palpitations, carb cravings and hypoglycemia, heart palpitations, diarrhea, muscle cramps, fatigue and weakness. It does not happen to everyone, is transient and can be managed by taking the following measures.

Combine all ingredients together and shake.

Leanne makes many engaging instructional videos. Here is one where she describes what to expect when you start eating a high fat diet.