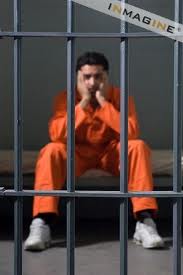 I was planning to write about something else entirely this morning, when I received this article in an e-mail from my dear friend in Hamburg, Dr. Gunnar Lindstrom.  The article is entitled “Incarceration Nation” authored by Dr. Fareed Zakharia, and appeared in the April 2, 2012  issue of TIME magazine. I found its message so important, that I am going to include it here in its entirety. The bold print are points that I wish to emphasize.

“Televangelist Pat Robertson recently made a gaffe. A gaffe, as journalist Michael Kinsley defined it, occurs when a politician accidentally tells the truth. Robertson’s truth is that America’s drug war has failed and that the country should legalize marijuana. This view goes against the deepest political, moral and religious positions Robertson has held for decades, so imagine the blinding evidence that he has had to confront-and that has been mounting for years- on this topic.

Robertson drew attention to one of the great scandals of American life. “Mass incarceration on a scale almost unexampled in human history is a fact of our country today, ” writes The New Yorker’s Adam Gopnik. “overall there are now more people under ‘correctional supervision’ in America-more than 6 million-than were in the Gulag Archipelago under Stalin at its height.”

Is this hyperbole? Here are the facts.

There is a temptation to look at this staggering difference in numbers and chalk it up to one more aspect of American exceptionalism. America’s is different, so the view goes, and it has always had a Wild West culture and a tough legal system. But the facts don’t support the conventional wisdom. This wide gap between the U.S. and the rest of the world is relatively recent. In 1980 the U.S.’s prison population was 150 per 100,000 adults. It has more than quadrupled since then. So something has happened in the past 30 years to push millions of Americans into prison.

That something, of course, is the war on drugs. Drug convictions went from 15 inmates per 100,00 adults in 1980 to 148 in 1996, an almost 10 fold increase. More than half of America’s federal inmates today are in prison for drug convictions. in 2009 alone, 1,66 million Americans were arrested on drug charges, more than were arrested on assault and on larceny charges. And 4 of 5 of those arrests were simply for possession.

In the past four decades, the U.S. has spent more than $1 trillion fighting the war on drugs. The results? In 2011 a global commission  on drug policy issued a report signed by Geoerge Shultz, Secretary of State under Ronald Reagan: the arch conservative Peruvian writer politician Mario Vargas Llosa, former Fed Chairman Paul Volcker; and former presidents of Brazil and MexicoFernando Henrique Cardoso and Ernesto Zedillo. It begins,” The global war on drugs has failed…Vast expenditures on criminalization and repressive measured directed at producers, traffickers and consumers of illegal drugs have clearly failed to effectively curtail critical supply or consumption.” Its main recommendation is to “encourage experimentation by governments with models of legal regulation of drugs to undermine the power of organized crime and safeguard the health and security of their citizens.”

Bipartisan Forces have created the trend that we see. Conservatives and Liberals love to sound tough on crime, and both sides agreed in the 1990’s to a wide range of new federal infractions, many of them carrying mandatory sentences for time in state or federal prison. And as always in American politics, there is a money trail. Many state prisons are now run by private companies that have powerful lobbyists in state capitals. These firms can create jobs in places where steady work is rare; in many states, they have also helped create a conveyor belt of cash for prisons from treasuries to outlying counties.

Partly as a result, the money that states spend on prisons has risen at six times the rate of spending on higher education in the past 20 years. In 2011, California spent $9.6 billion on prisoners vs. $5.7 billion on the UC system and state colleges. Since 1980, California has built one college campus and 21 prisons. A college student costs the state $8,667 per year; a prisoner costs it $45,006 a year.

The results are gruesome at every level. We are creating a vast prisoner underclass in this country at huge expense, increasingly unable to function in normal society, all in the name of a war we have already lost. If Pat Robertson can admit he was wrong, surely it is not too much to ask the same of America’s political leaders.”

To Mr. Zakharia’s last point;  mandatory imprisonment for possession of marijuana, results often in the exposure of average American citizens to the brutal dehumanizing conditions of imprisonment. There they are thrust together in intimate proximity with dangerous sociopaths, and are at high risk of violent victimization both of a sexual and non-sexual nature, which commonly results in the disabling psychiatric condition of post traumatic stress disorder, with significant subsequent dysfunction.

Adam Gopnik wrote in his January 30, 2012 New Yorker piece, “The Caging of America”,

“That’s why no one who has been inside a prison, if only for a day, can ever forget the feeling. Time stops. A note of attenuated panic, of watchful paranoia—anxiety and boredom and fear mixed into a kind of enveloping fog, covering the guards as much as the guarded.”

“The scale and the brutality of our prisons are the moral scandal of American life. Every day, at least fifty thousand men—a full house at Yankee Stadium—wake in solitary confinement, often in “supermax” prisons or prison wings, in which men are locked in small cells, where they see no one, cannot freely read and write, and are allowed out just once a day for an hour’s solo “exercise.” (Lock yourself in your bathroom and then imagine you have to stay there for the next ten years, and you will have some sense of the experience.)

Prison rape is so endemic—more than seventy thousand prisoners are raped each year—that it is routinely held out as a threat, part of the punishment to be expected. The subject is standard fodder for comedy, and an uncoöperative suspect being threatened with rape in prison is now represented, every night on television, as an ordinary and rather lovable bit of policing. The normalization of prison rape—like eighteenth-century japery about watching men struggle as they die on the gallows—will surely strike our descendants as chillingly sadistic, incomprehensible on the part of people who thought themselves civilized.”

There is also a huge racial and socio-economic bias in terms of who is in danger of incarceration. Again, from Adam Gopnik,

“For most privileged, professional people, the experience of confinement is a mere brush, encountered after a kid’s arrest, say. For a great many poor people in America, particularly poor black men, prison is a destination that braids through an ordinary life, much as high school and college do for rich white ones. More than half of all black men without a high-school diploma go to prison at some time in their lives. Mass incarceration on a scale almost unexampled in human history is a fundamental fact of our country today—perhaps the fundamental fact, as slavery was the fundamental fact of 1850. In truth, there are more black men in the grip of the criminal-justice system—in prison, on probation, or on parole—than were in slavery then.”

And as mentioned above, this is at a cost to the tax-payers of $45,006 a year. Were we to provide this same individual with a college education, it would cost a $8, 667 a year, and the result would be a contributing productive member of society, vs. a citizen who has been psychiatrically disabled through exposure to highly traumatic circumstances while incarcerated, often for the trivial crime of marijuana possession.  In Texas alone there are 400 teenagers who have been sentenced to life imprisonment. There is no gain to anyone with this appalling sadistic legal system, except to those who are profiting from the building and maintaining of prisons. And in fact, the entire society is morally undermined and degraded by this completely ineffective, destructive and horrifying policy.