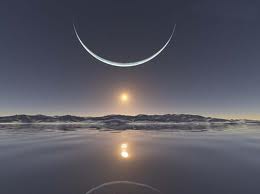 Astrology is a field that studies the influence that the heavenly bodies have upon human experience and events on Earth. Wide spread light pollution has made it impossible for many of us to see the incomparable beauty of the night sky. This contributes to a deep disconnection between our lives on Earth and our relationship to Nature and the Universe. It is a very great mystery, how events in the heavens could possibly symbolically represent the energies of the moment on Earth, let alone have an influence. Even if we cannot begin to fathom how this could be so, when we understand the symbolism of the planetary configurations, it affords us an opportunity to harness and make use of these forces that are powerfully impacting our lives. It can be like riding a wave, instead of swimming against a current. It also can help provide a context for our experience, generate compassion for ourselves and others, as well as inform us about how to “dress for the weather”, so to speak.

Today, December 21, 2014, there is a relatively rare confluence of heavenly events worth noticing, the Winter Solstice and a New Moon in the sign of Capricorn. Both signify new beginnings, fresh energy, and an auspicious time to dedicate and refocus our attention and intentions. The energies symbolized by the configuration of the planets in the sky today are a sort of birth chart for the rest of the year, meaning that the message communicated will be pertinent until the next Winter Solstice in 2015.

The Winter Solstice occurs when the Sun reaches 0 degrees Capricorn in the zodiac. Each new season begins when the Sun reaches 0 degrees of one of the Cardinal signs, Capricorn (Winter), Aries (Spring), Cancer (Summer) and Libra (Fall). Cardinal energy is associated with birth, a new cycle, a launching point that is foundational for new processes. The word itself means essential and fundamental. It connotes a time when it is appropriate to cut ties with that which is obsolete, and to establish a new identity.

A new moon occurs when the Sun and Moon, symbols for the masculine and feminine, join together in the sky. This new moon is at 0 degrees Capricorn, the same degree of the Winter Solstice. Not only are the Sun and Moon in Capricorn at this moment, but so are the planets Venus, Mercury and Pluto. This represents an enormous concentration of Capricornian energy. So what does that mean?

It means that themes associated with Capricorn are important for us to embody in the coming year. Capricorn is associated with leadership and authority, with stepping up to the plate and assuming responsibility. It is related to the effect of universal laws and aligning ones self with that which is credible and reliable. It is about maturity, austerity and delayed gratification in order to achieve a goal. For example, gluten and dairy are so delicious, but promote inflammation. Ingesting them often produces brain fog and low grade depression. We need to align our dietary choices with what works, which in this case would be avoidance of gluten and dairy, if we prefer to experience well being, clarity and vitality.

Similarly our dependance on fossil fuels and culture of consumption is destroying our planet and creating an unprecedented environmental crisis. Solutions must be found and a radical course correction made, if we wish to ensure that our planet remains habitable and our future sustainable. Capricornian energy invites each of us to assume responsibility for these global problems, and to do what we can in whatever small way to make a difference.

We are living in times of profound transformation and intensity, which have astrological correlates involving the 150 year cycle of the planets Pluto and Uranus. The current phase of this cycle began in 2006 and will last until 2020. Similar energies related to the beginning phase of this same cycle were afoot in the 1960’s, and we can see the echo of those themes again today. The 60’s and early 70’s were times of revolution and protest, of the civil rights movement, of changing conceptions of gender and sexuality, of concern for the environment, of disillusionment with government, of exposure of corruption and abuse of power, as well as of a growing interest in the evolution of consciousness. The energetic effect of the relationship between Pluto and Uranus happens to be super charged at this time of the Winter Solstice and the New Moon in Capricorn. We can expect the unexpected along with a feeling that everything is accelerating. We are whooshing into the future.

The enormity of the problems that we are facing today can create a feeling of overwhelm, helplessness and fear. The symbolic communication of the planets during this critical time of transition, as the old order crumbles and a new one is born, is that each of us must do our part. The small daily mundane choices we make, as well as the quality of our consciousness can truly make a difference. We can harness the energy of this tidal wave of transformational energy, and make use of its power to create a world that reflects our values and aspirations for the future of our planet.

At this time of the New Moon and the Winter Solstice, there are gale force tail winds of support for setting intentions and planting seeds that will produce results. It would be worth while to take time to reflect and journal about what you can do to create a life that is more aligned with your highest vision for yourself and our world. Know that we do have the power, even if that is not how it feels. Change in the world begins with each of us.